Nemo: The Storm not the Fish

We had a little storm here this past weekend. You may have heard about it? It was called Nemo. When did people start naming blizzards after fish with cute names or really, with names? Anyway, on the Cape it rained hard on Friday, then it switched overnight to the white stuff. The wind was crazy strong with gusts in the seventies.

This is the view from my kitchen window. 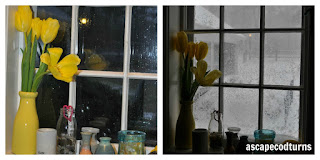 B was outside for 5 minutes on Saturday. It was too windy to stand up. 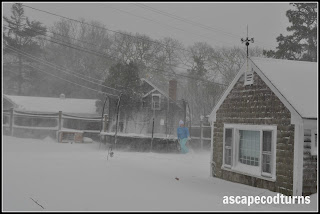 We were very lucky, no major power outage and only this for property damage. We have lots and lots of branches to pick up, though. 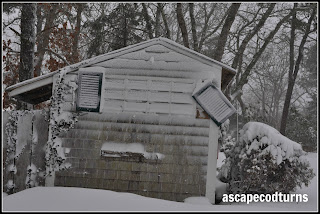 The next day dawned cold and sunny. I dropped a minivan full of girls off at the local sledding hill and took a tour around. The waves on the outer beach were so huge, we could actually see them from the Fish Pier. 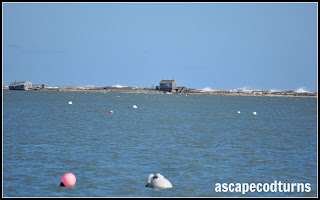 One house did not fair so well. That once was a barrier beach with many beach houses on it. Once you could drive out to the houses, but now because of some fierce ocean storms in the past 5 years, the beach is getting smaller and new inlets have broken through. 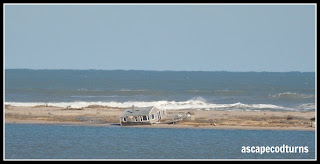 There are still people without power today, but the Nstar crews are working hard to get everyone up and running again. You know, before the next storm....
Brought to you by As Cape Cod Turns at 10:35 AM

Wow, you guys got some crazy wind. I hate wind, but probably not as much as that poor house with the ocean at its front door...YIKES! We are getting more snow here in Jersey right now and another storm Saturday. Hoping to see you maybe sometime during spring break. Oh wait, Superstorm Sandy, don't get one :(