The calendar says that it is spring, but the air and surroundings say, "maybe not". Either way, we took a drive today to Provincetown (Ptown to locals). The sun was shining. It was probably in the 40's, but the snow and ice were melting. It felt really good to be outside without a hat and mittens. We walked out on a jetty that probably went for a mile. I would guess that we went more than half way. I had never been on this jetty before. It was really low tide so there were people digging for quahogs on the mudflats on either side of the jetty.

Doesn't that bottom right picture look like a butterfly? 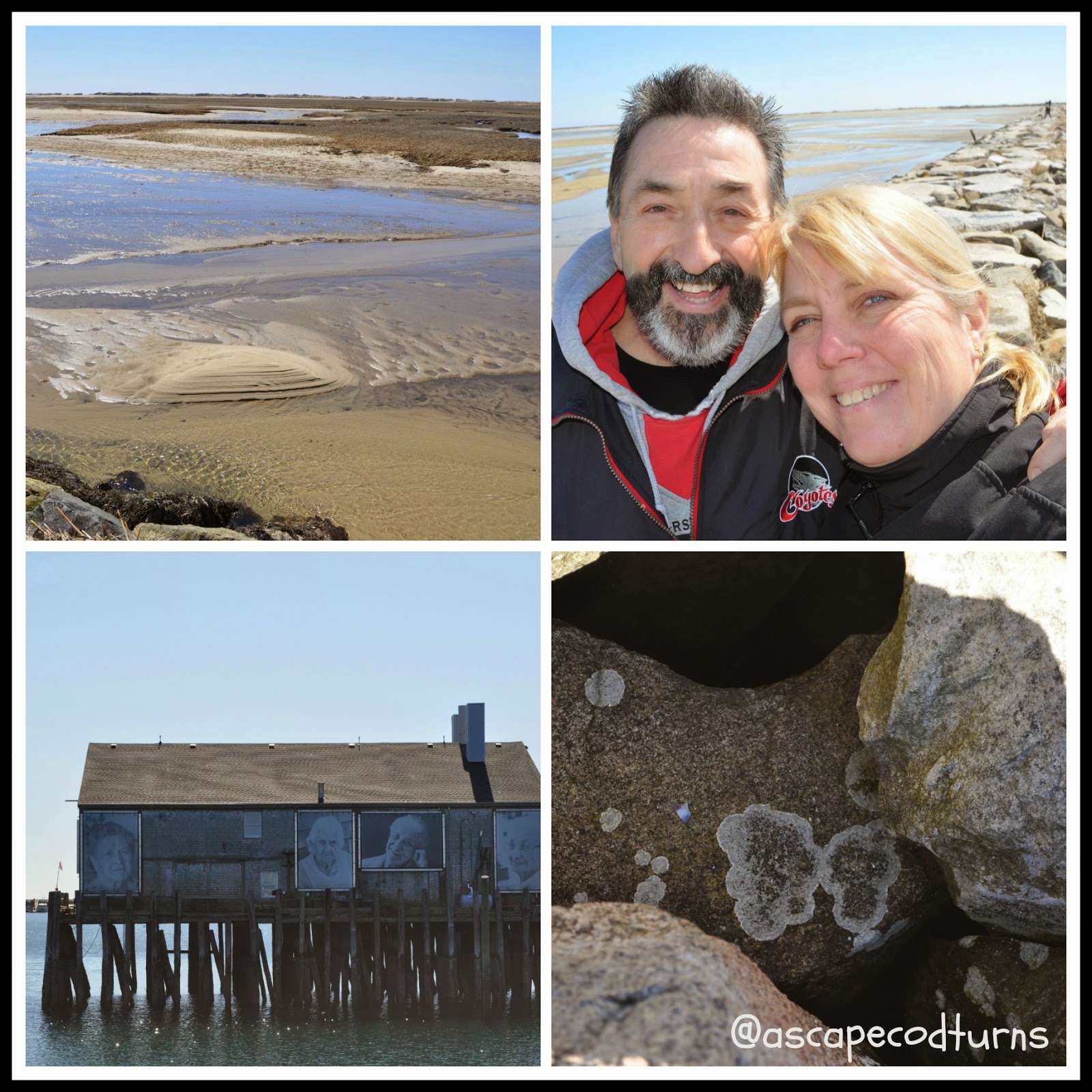 The pier is another fun place to walk. At the end you can see the building with the Portuguese Fisherwomen pictures on it. All the little huts that take reservations for fishing or whaling trips or sell trinkets were still closed. 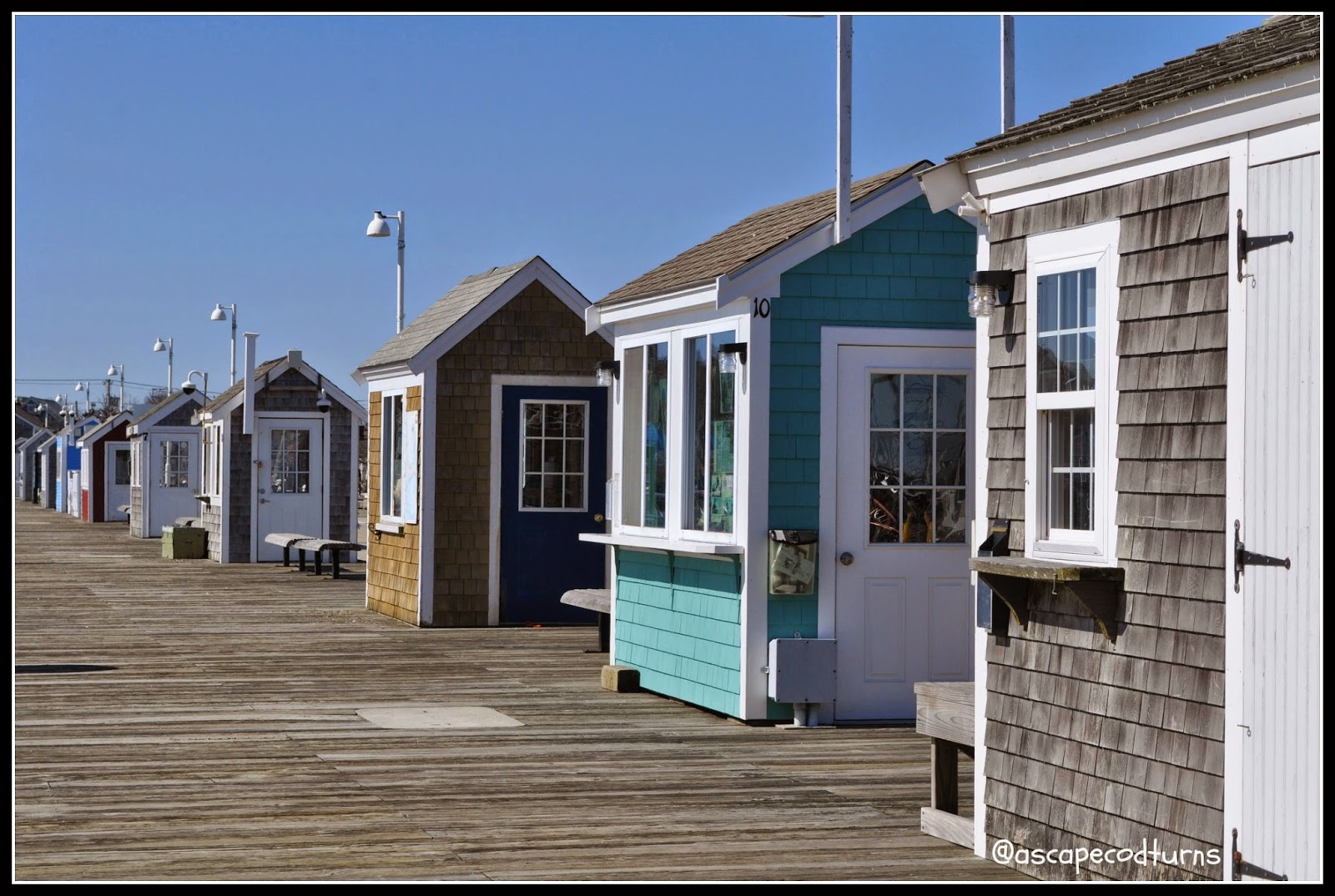 We were not really sure why this house was anchored out in the harbor. I don't think it is suppose to be there, but I am not sure where it drifted from if that were the case. 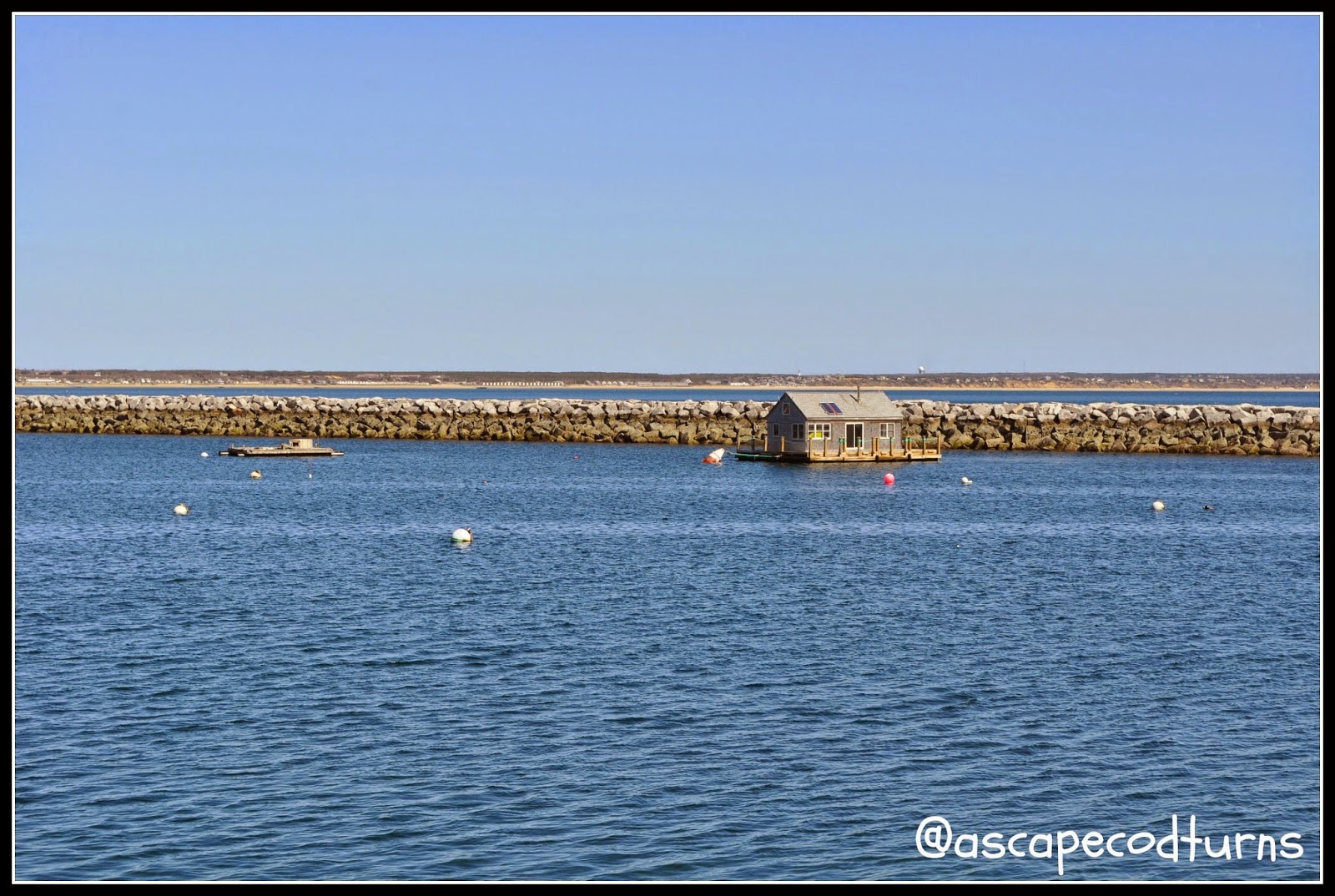 All in all, a stellar day with hopes that summer Sundays in Ptown are not too far off!

The cabin is someone's home, I will assume summer only. It is like the floating houses in Seattle. There was an article about it in the Chrinicle last summer.

Thank-you! Sure has a great view from every side of the house :)

That cute little houseboat is owned by a local Truro family. It is a rescued North Beach cottage that if not rescued would have been destroyed by the horrible storms and tide out there. It has been repurposed, rehabbed and is extremely loved. It's a treasure inside and out and one lucky little cottage that has sheltered families for a really long time. It's now a little jewel in Ptown Harbor........lucky little house!!!!!!!