I Want To Go To Camp

As I have mentioned, K went to a fabulous camp(Long Lake Camp for the Arts) this summer in upstate New York.It was such a beautiful setting that I actually wanted to stay for 3 weeks (or the summer). 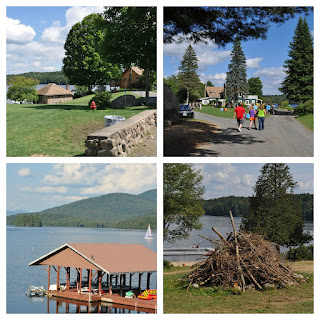 We did not have a lot of communication with K while she was at camp except for the Sunday night phone call and a few letters. She was on her own and we had to assume (and hope) she was having a blast. We were right, she survived and had more than a blast!

For Parent's weekend, we were able to see the fruits of her labors. She was in Cabaret with quite a talented group. It was hard to remember that the kids in the show were ages 10-16.

She had the opportunity to try circus things and found that she was very good at 'the silks'. Somehow she was able to twist herself up in these silk scarves and pose, hang upside down and spin. The video we took is funny because we are making remarks like "who knew?" "what the ?" "I didn't know she could do that!".

I believe that she would tell you that her rock band was one of her favorite things. She sang (they played) Aerosmith for the crowd of parents. Steven Tyler would have been very proud! Her other favorite thing was hanging out and making friends with the other campers. She now has international friends and was lucky enough to make a friend who lives an hour away! 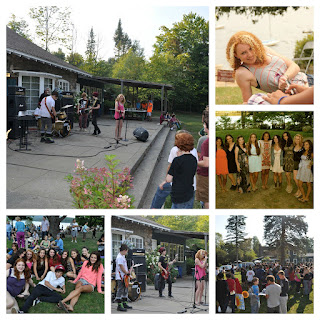 There is already talk about going next year. I need to start saving my pennies NOW!

Some of the pics I took off K's FB page
If anyone would like to donate to K's camp fund or "road to fame" as I like to call it, message me. You will get full credit on her first album.

Wow... that sounds like a great camp. Maybe we could co-host a bake sale to help send us to camp next year.