Maine: The Way Life Should Be

Um, excuse me.... I am looking for the month of August...has anyone seen it?

Well, I know where the past 5 days went. We took an interesting combined family/friend/old friends vacation to Maine. In a nutshell, I just spent the last 4 days with 3 teenage boys and my teenage daughter. And another almost teenage boy. And of course, my boy friend. 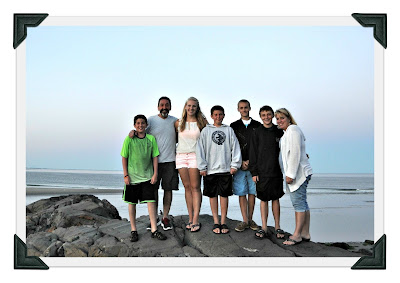 Let's just say my nose has been attacked by smells of dirty feet and farts.

My ears have been attacked by the f bomb and a few other statements I overheard, but probably shouldn't have.

My sight has been compromised by watching teens twerk anywhere they could.

What did I learn?

1. B and I were smart to go to Freeport a day ahead and meet up for a girls day with my roommate from college and her girls. We shopped, ate and talked and talked. 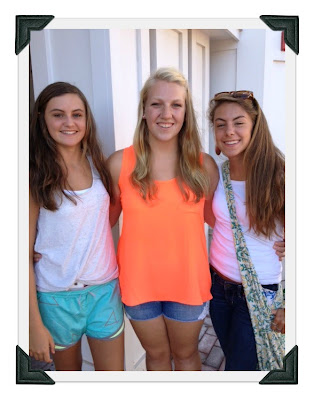 2. Old friends are priceless. We met up with our boy crowd Saturday morning in Wells and headed to Ogunquit for the day. We parked at "Grandma's" house. She was the neighborhood grandma in our summer neighborhood and at a spry 96 year old, she still is. We went to the beach with my sister and our friend Jill and little R. We also went with one of the boys we used to play with every single day of the summer and his family. Yes, somehow we tend to grow up, but the ease and joy of hanging out together just like the old days lives on. 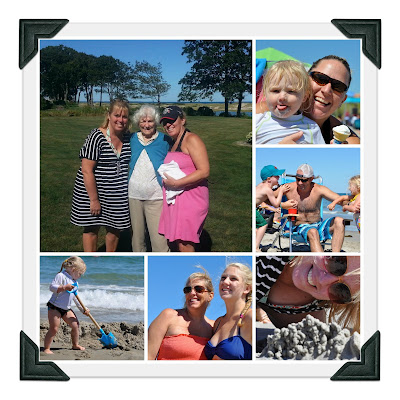 3. Meeting my "boyfriend's" family is not as scary as I made it out in my mind to be. I felt like a teenager again being brought around to meet the family :) I think I passed the test so far.

4. B is a good sport and up for anything. 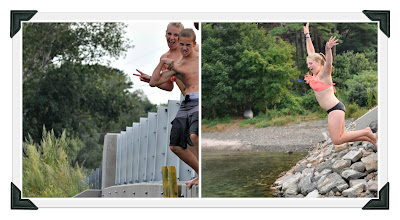 5. When you joke with the kids and tell them to "be gangsta like" and you think the little sign they are making is hearts, it's not. 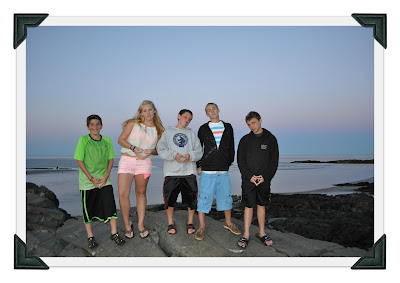 6. Making new memories in old places is the greatest gift.

I put boyfriend in quotes, because it seems like such a funny word for older (um, more mature) people. Manfriend just doesn't have the same ring.