It's been a bit snowy here this week. Ok, well 18-24 inches of snow with 4-5 foot drifts, it snowed a lot here this week. Cape Cod kids are lucky to get a day off of school never mind 3-4 days off in a row!!

Some things I learned this week?

1. Here is the perp from "deflate-gate". Very suspicious finding a deflated football at the beach in the winter. 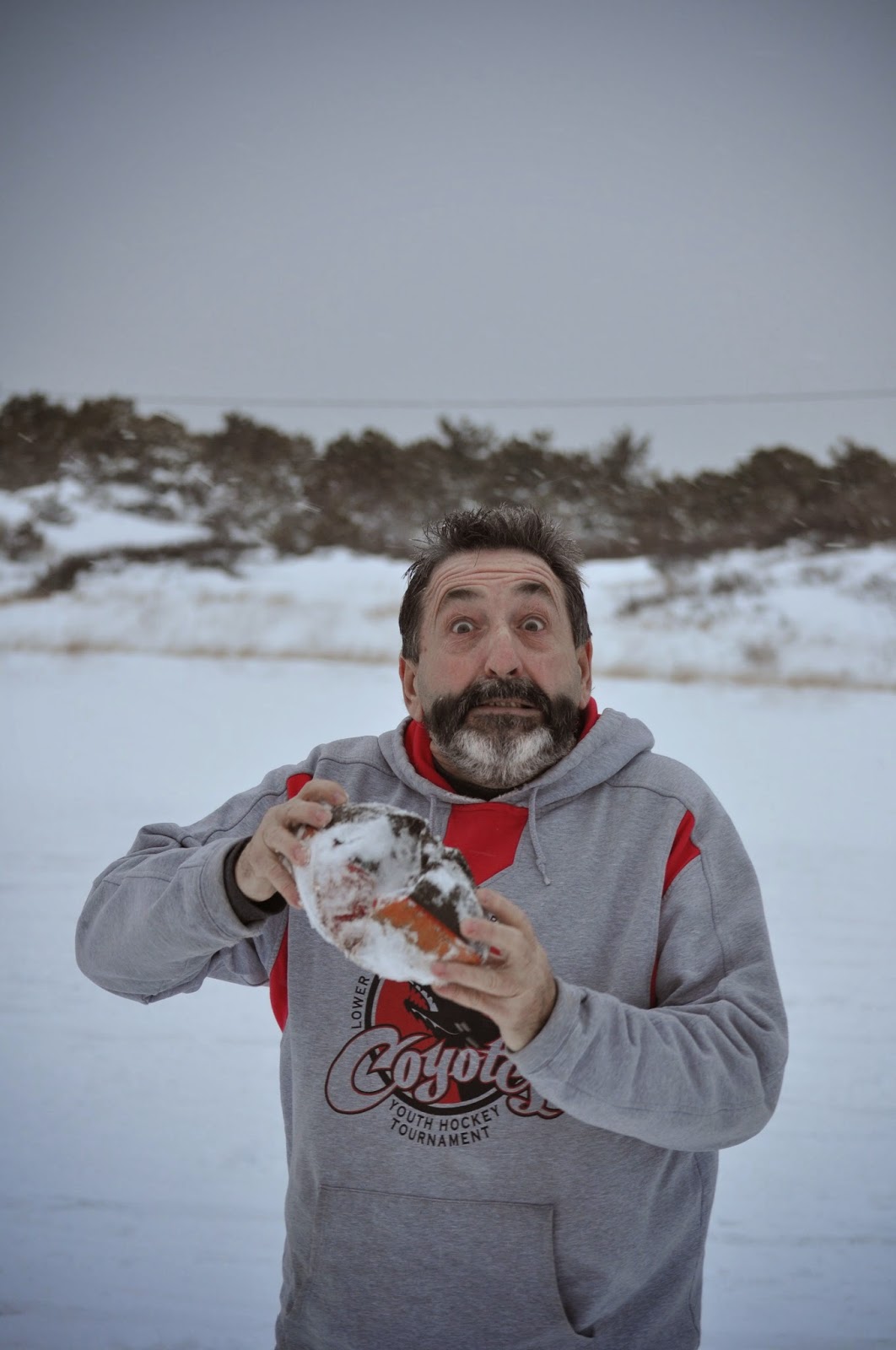 2. Speaking of balls, I am not sure this glove will be unfrozen until July. 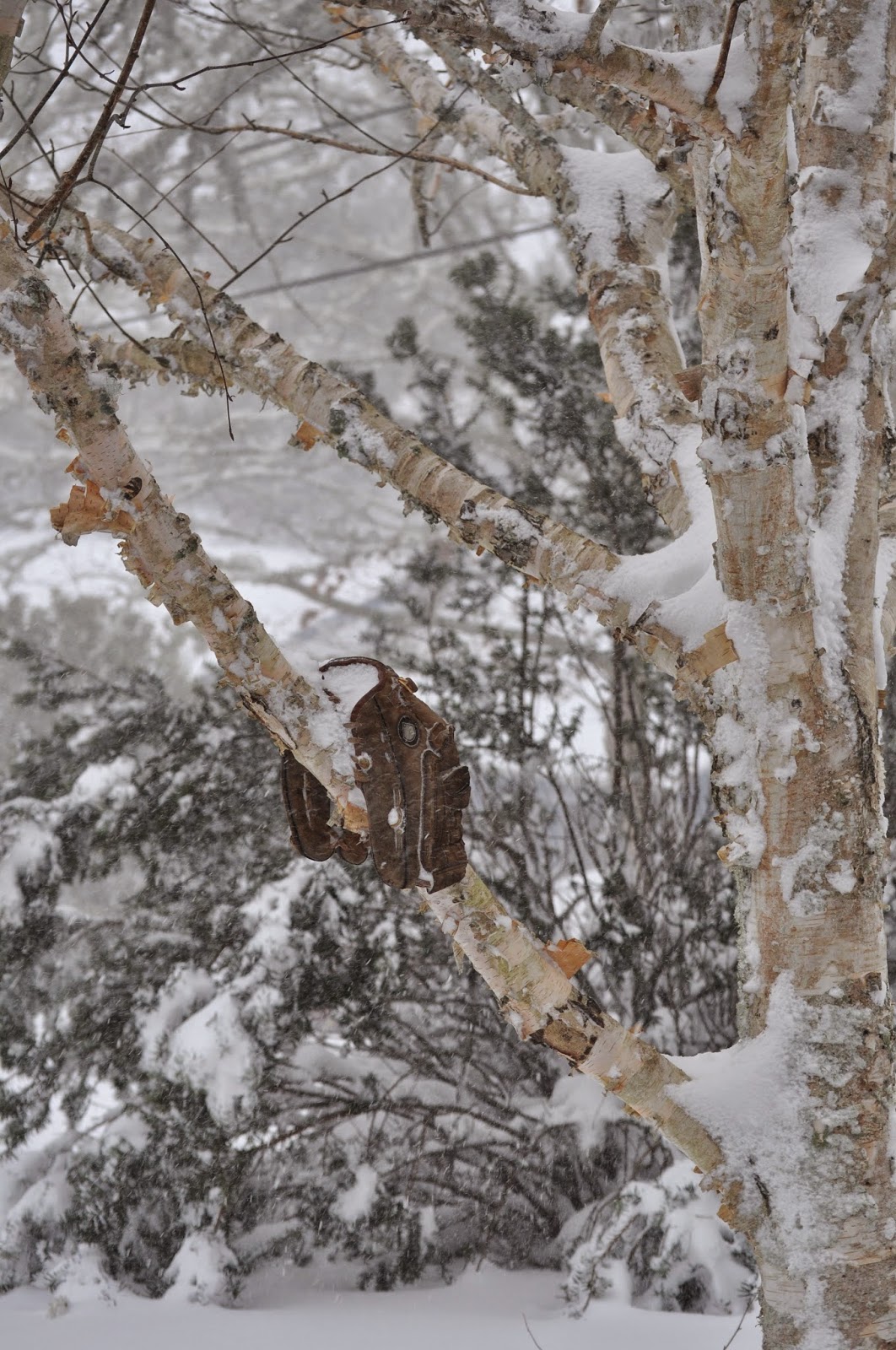 3. My sister is snow crazy! 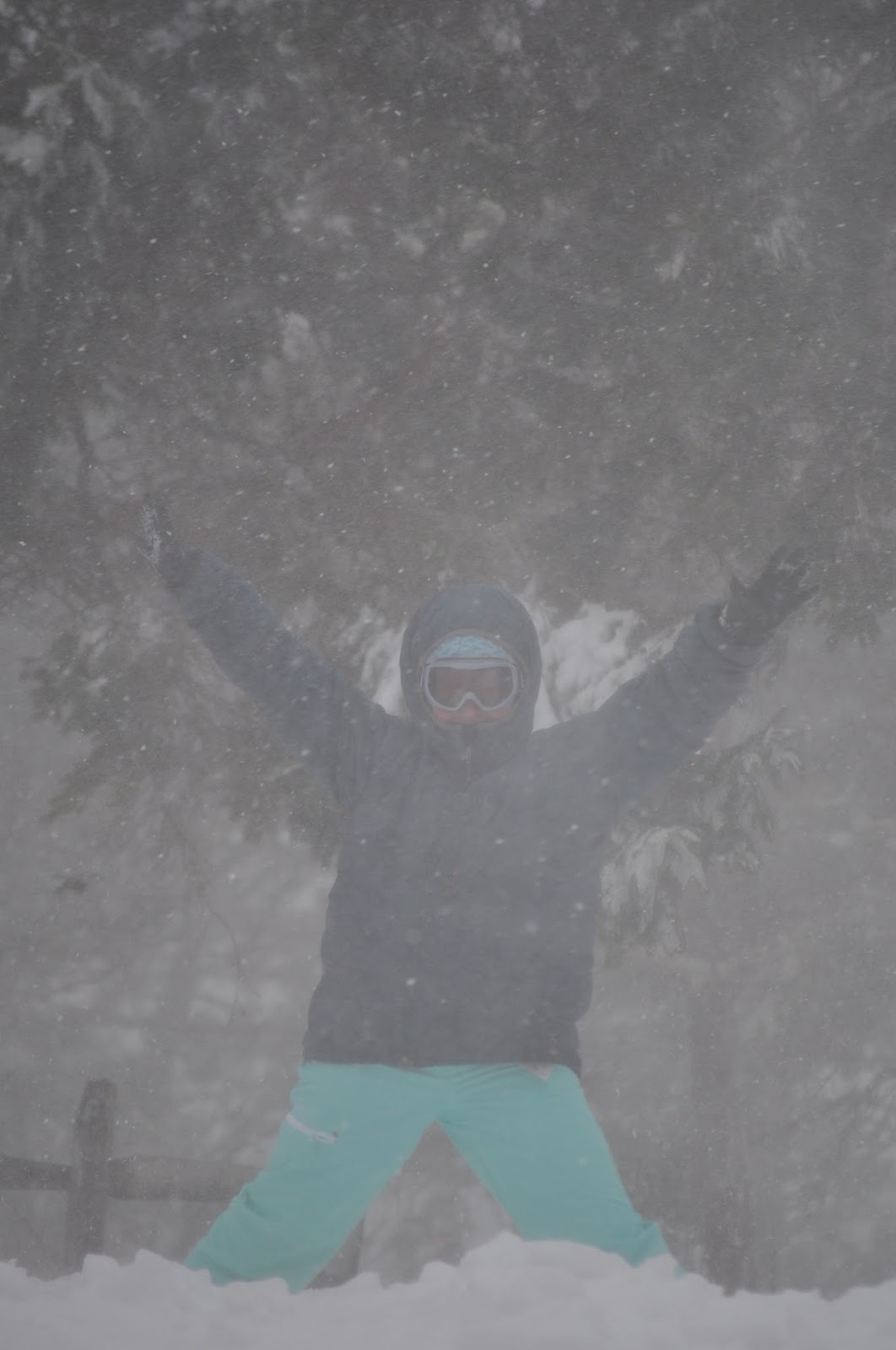 4. The snow does not fall fairly in our neighborhood. My house was covered, my sister's house, not so much. 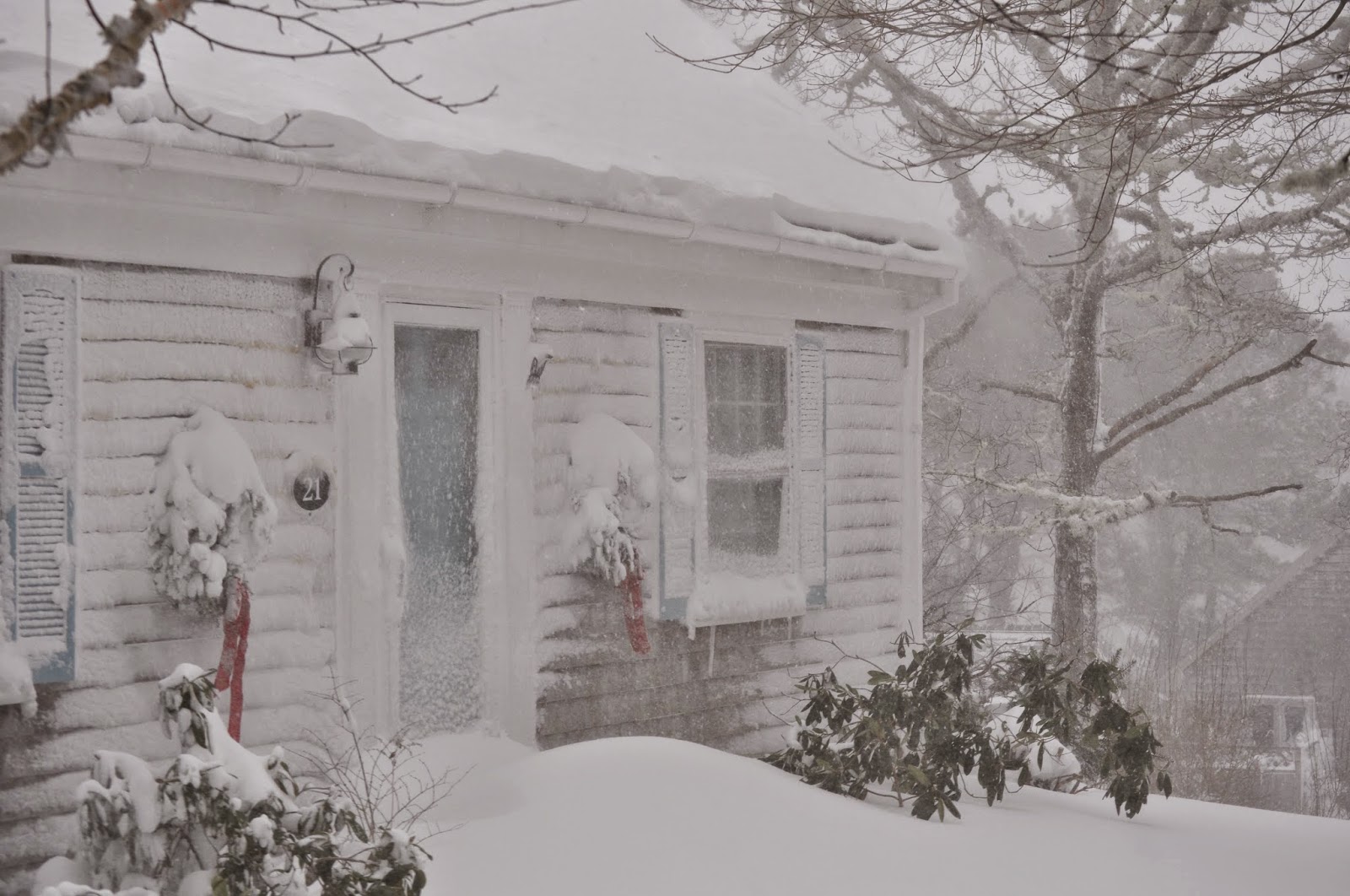 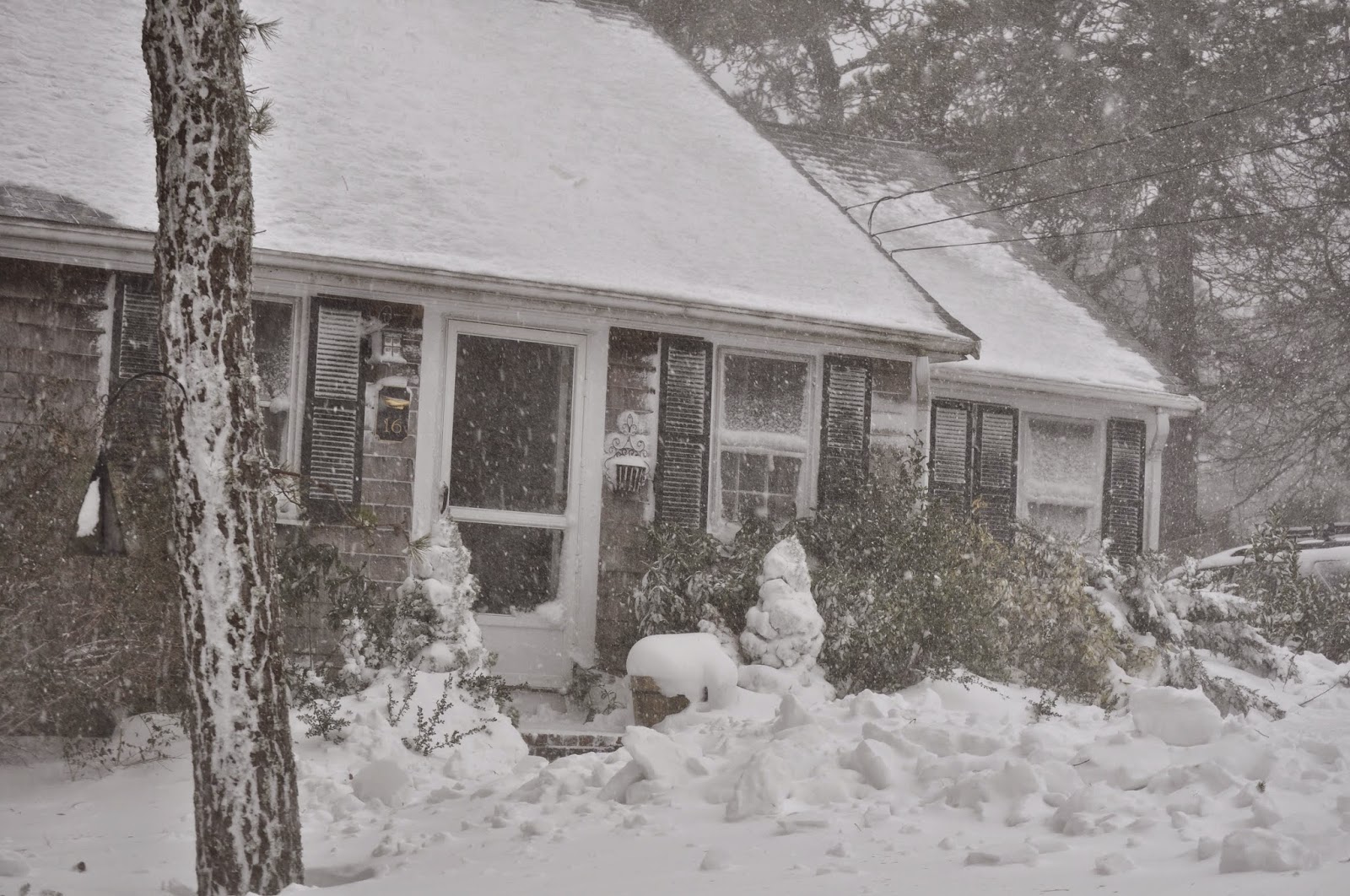 5. The sea is not very fair in what it takes during a storm. There was a very picturesque boat house on these pilings before the storm. Now, there are just pilings. 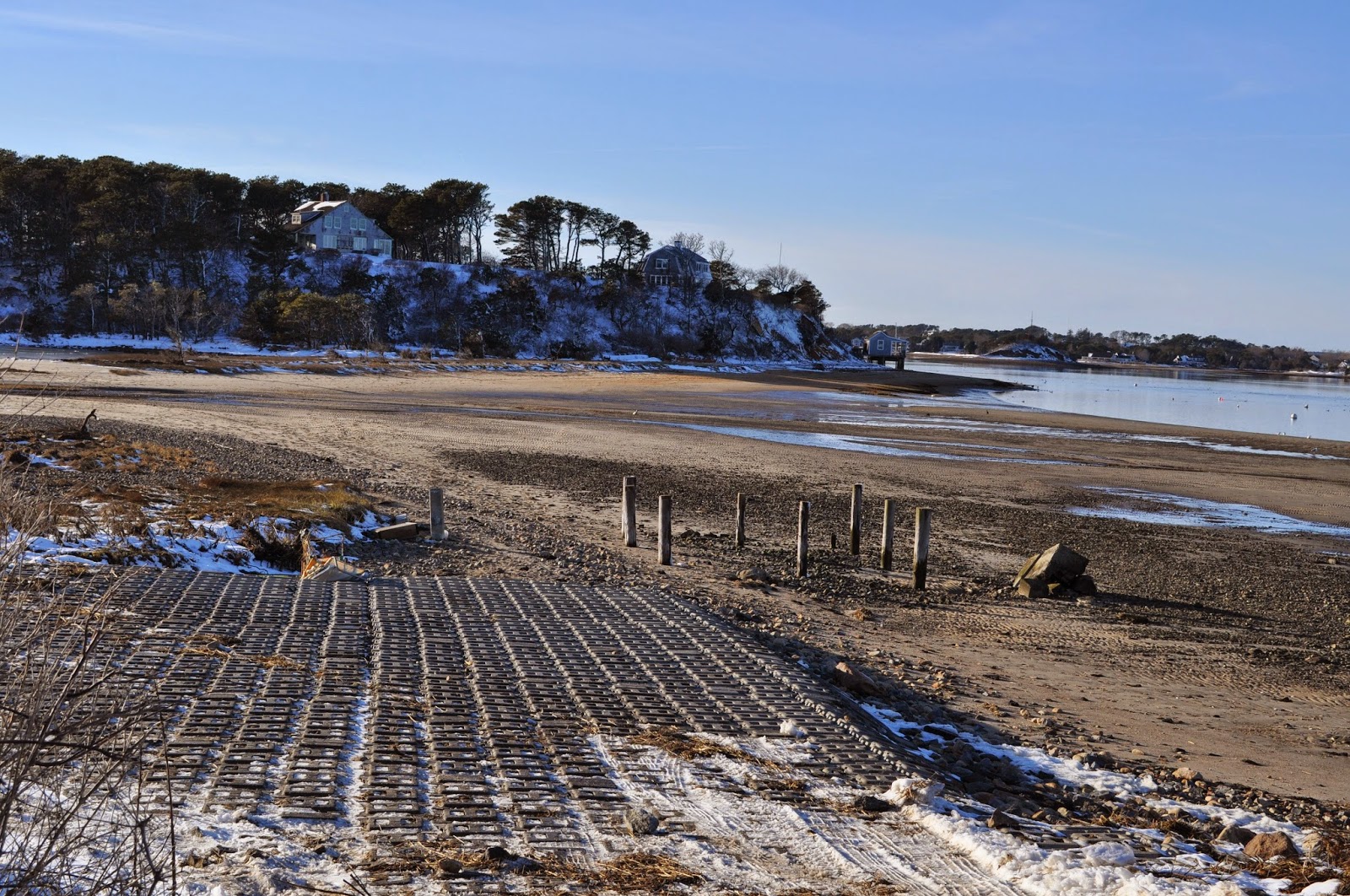 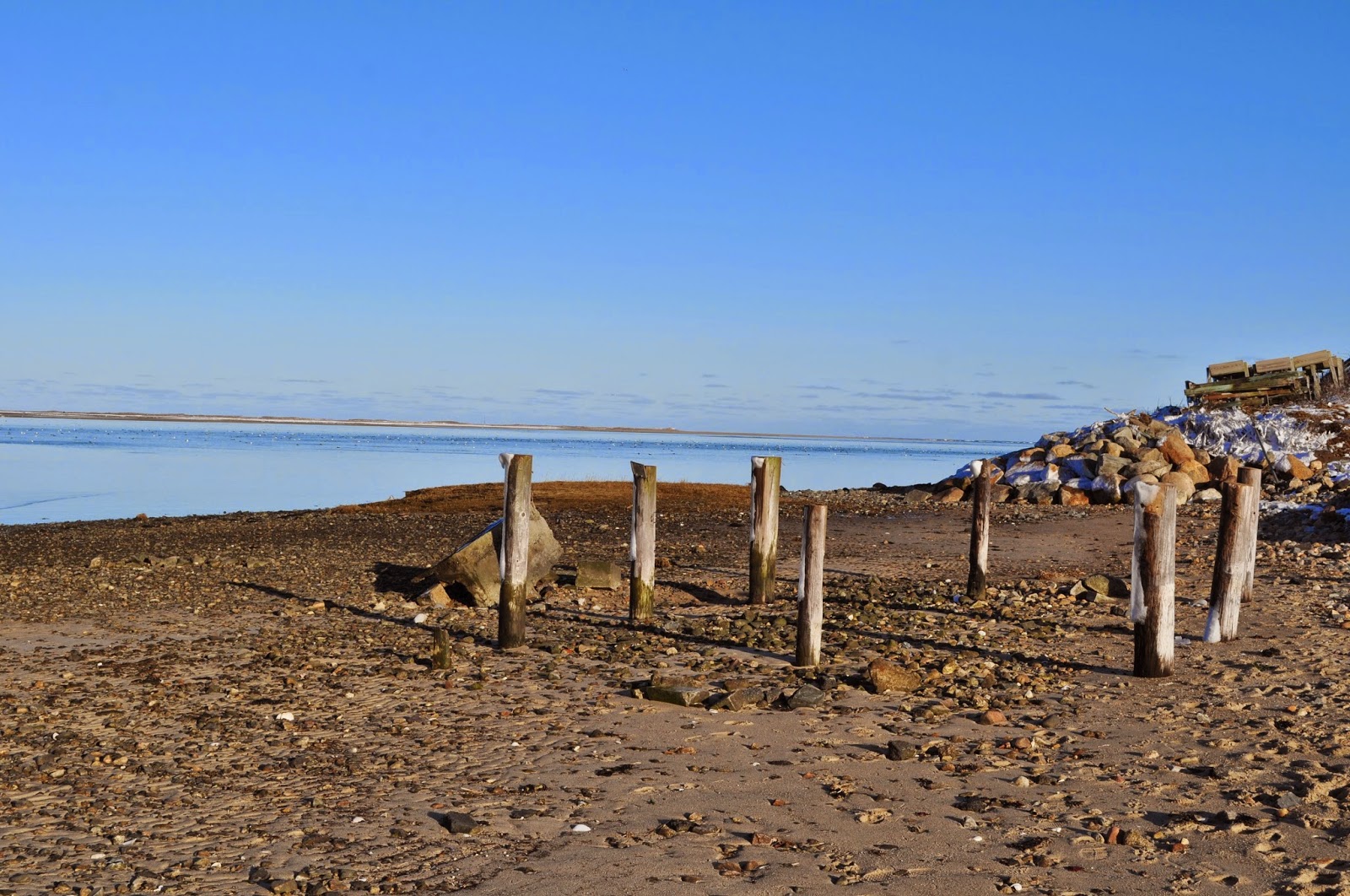 6. The light at the Fish Pier is so nice late in the afternoon. And after a snow storm, it is even nicer. 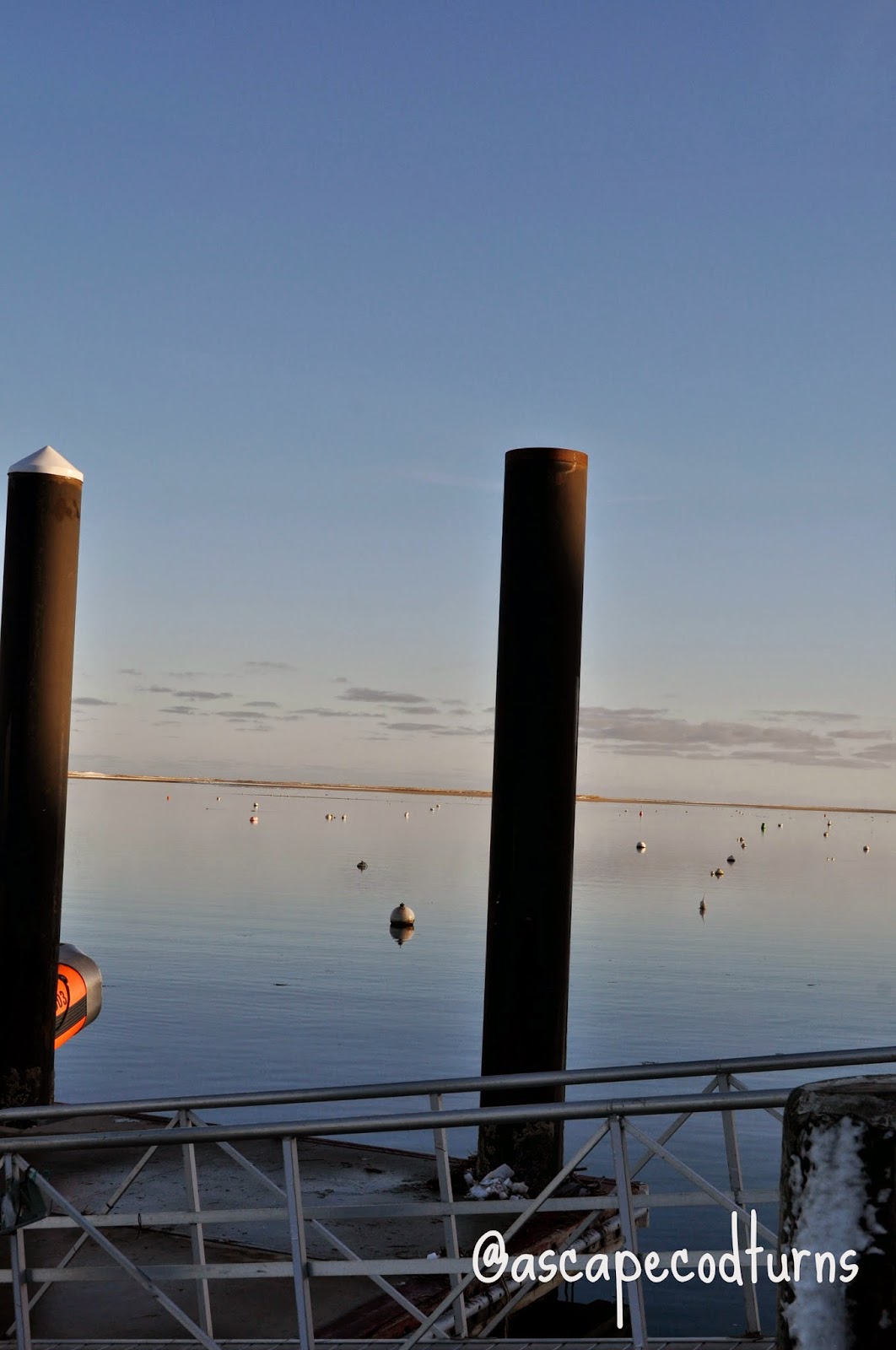 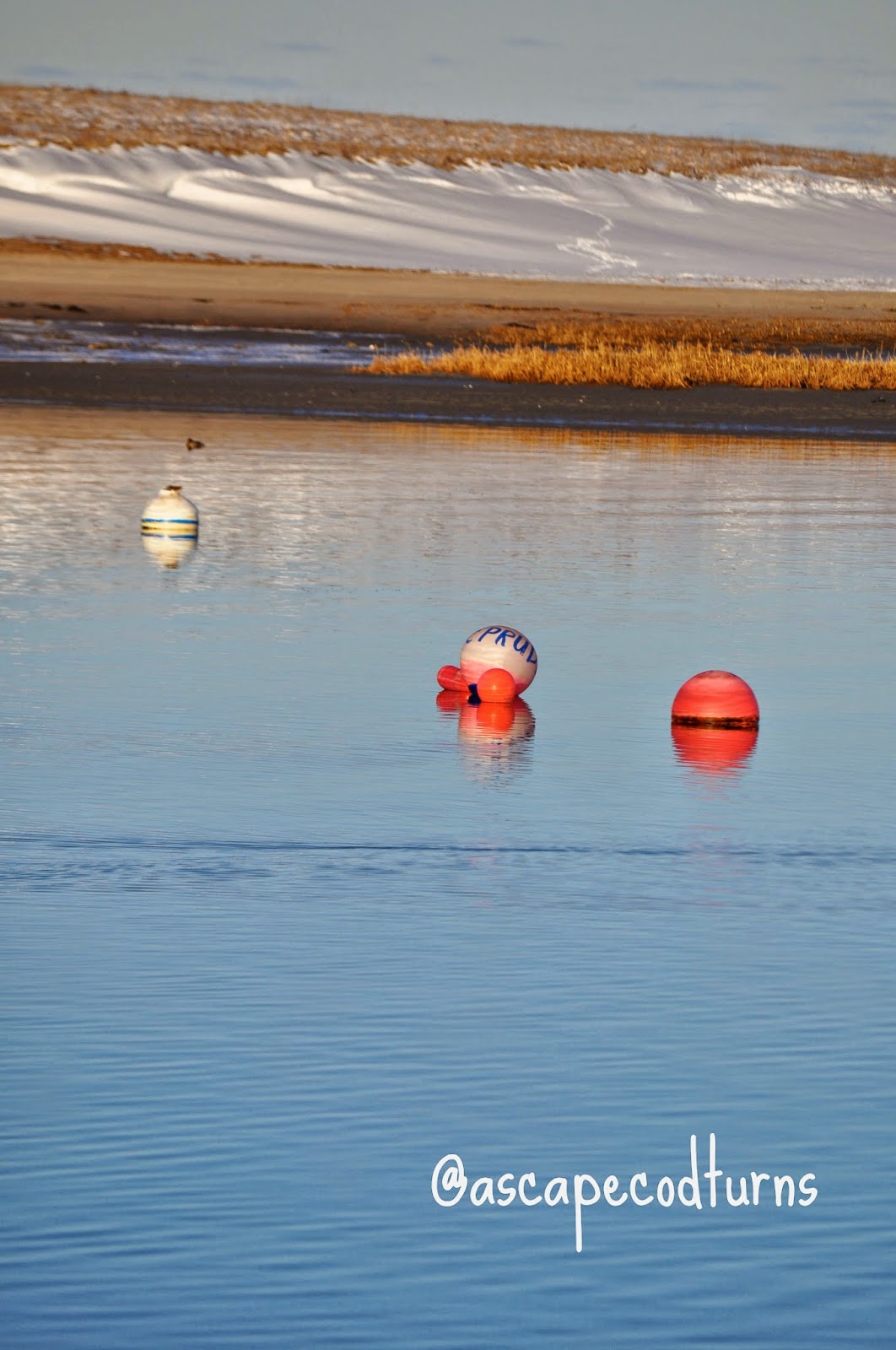 7. The sea taketh, but also throws up a lot of debris where it is not welcome (aka parking lots). 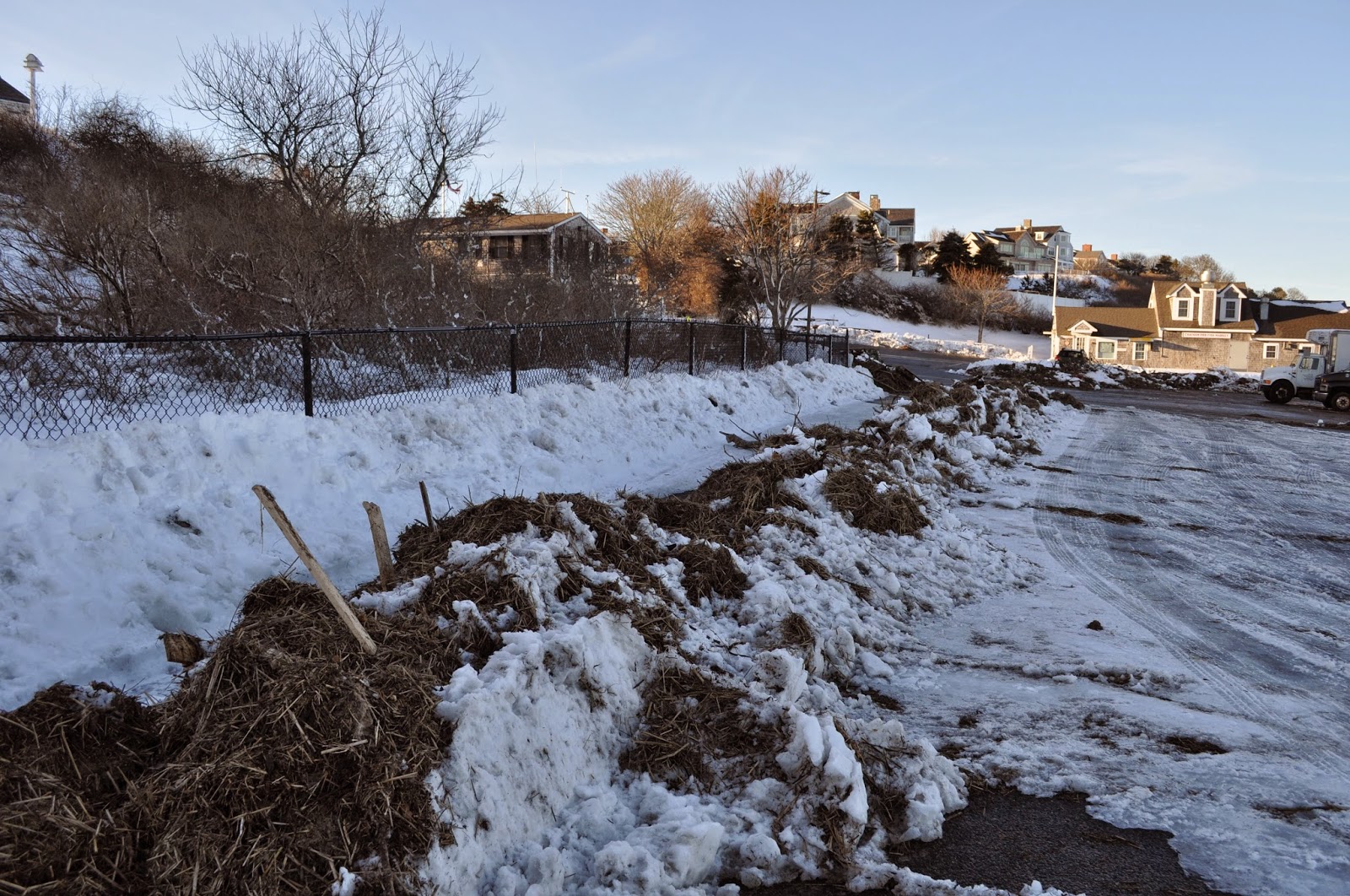 8. We will not be eating on the outside deck of the Wild Goose Tavern anytime soon unless they transform it into an igloo. 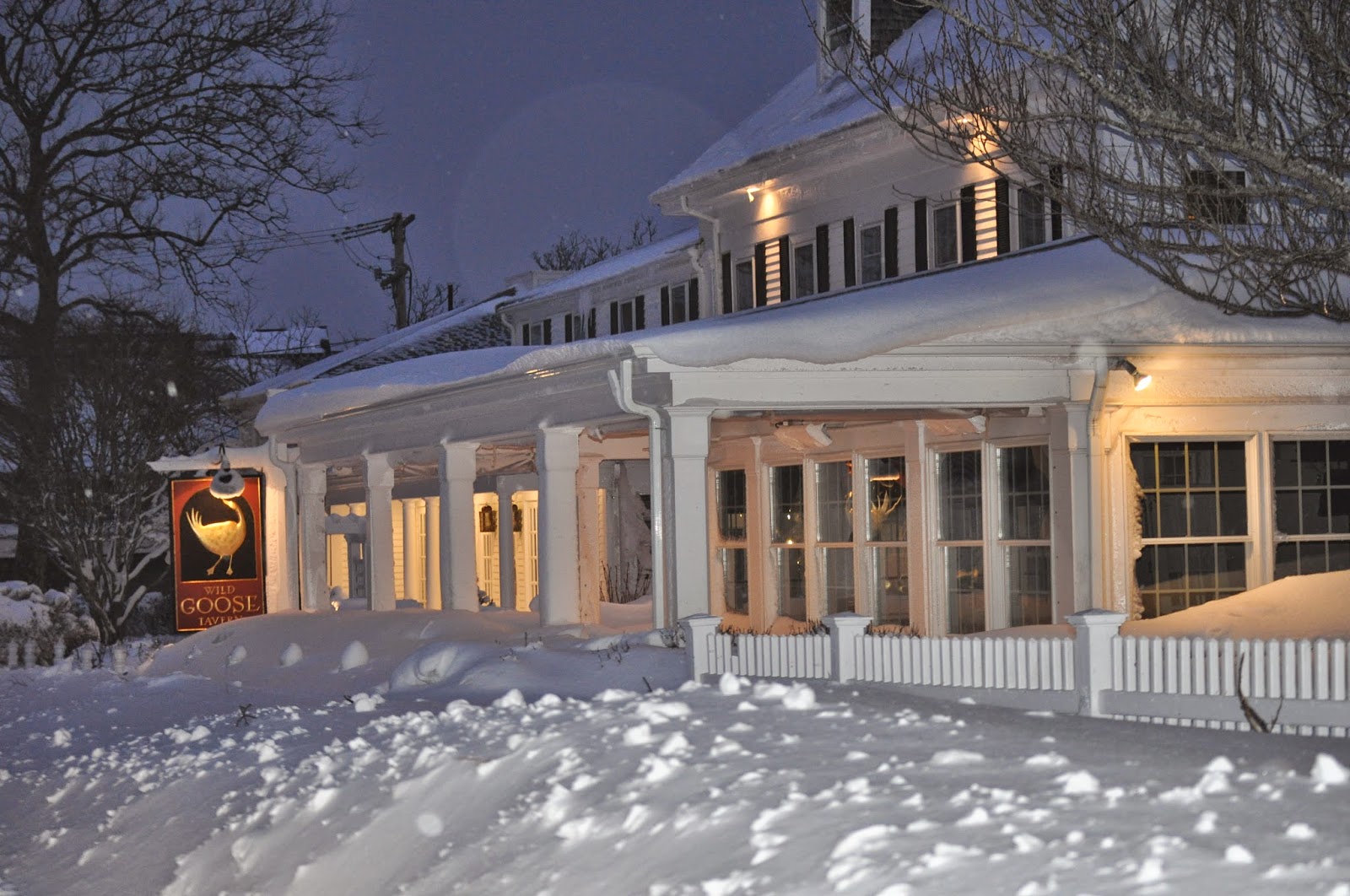 9. Our favorite spot on earth survived the storm. Big sigh of relief. 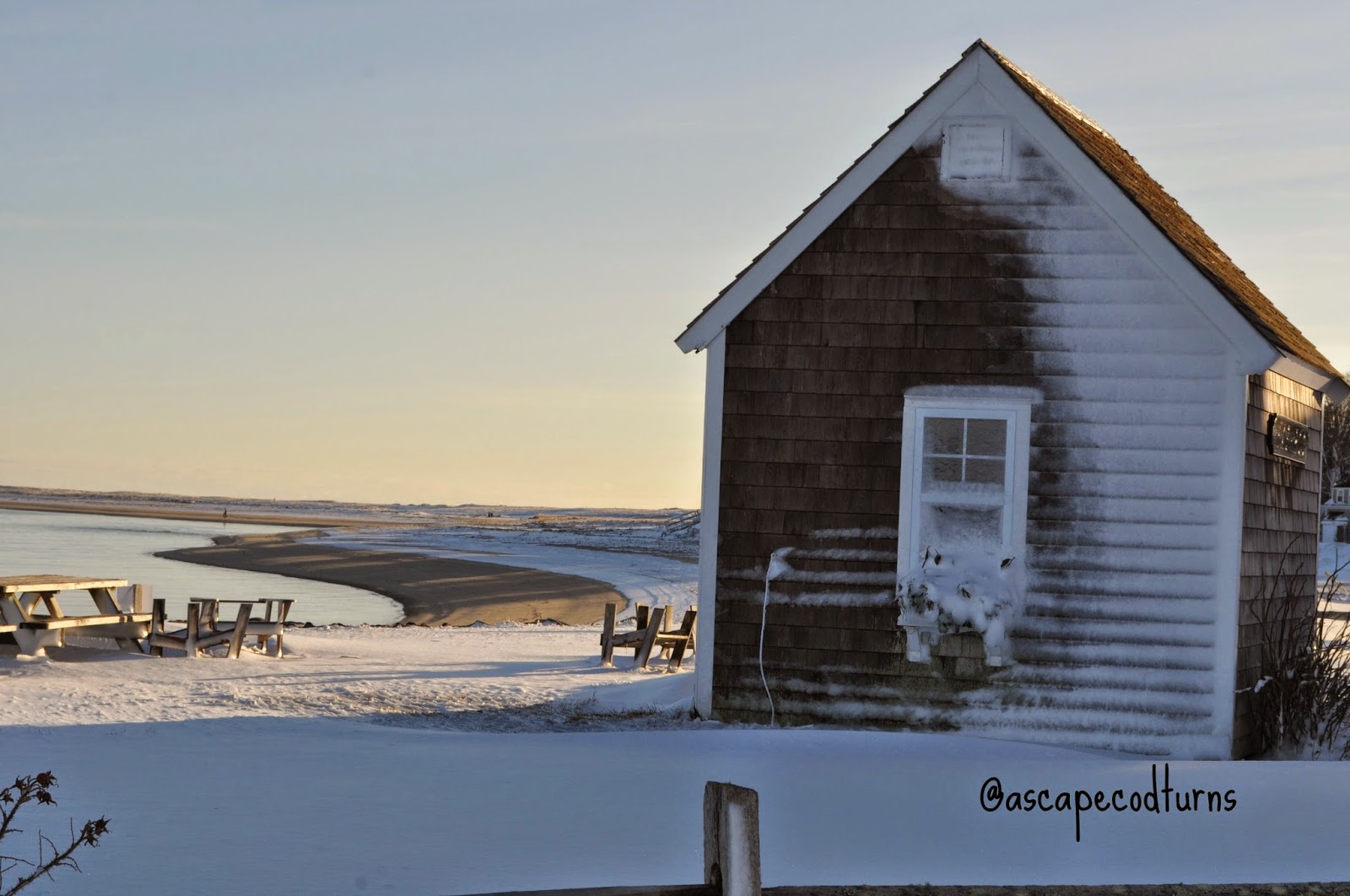 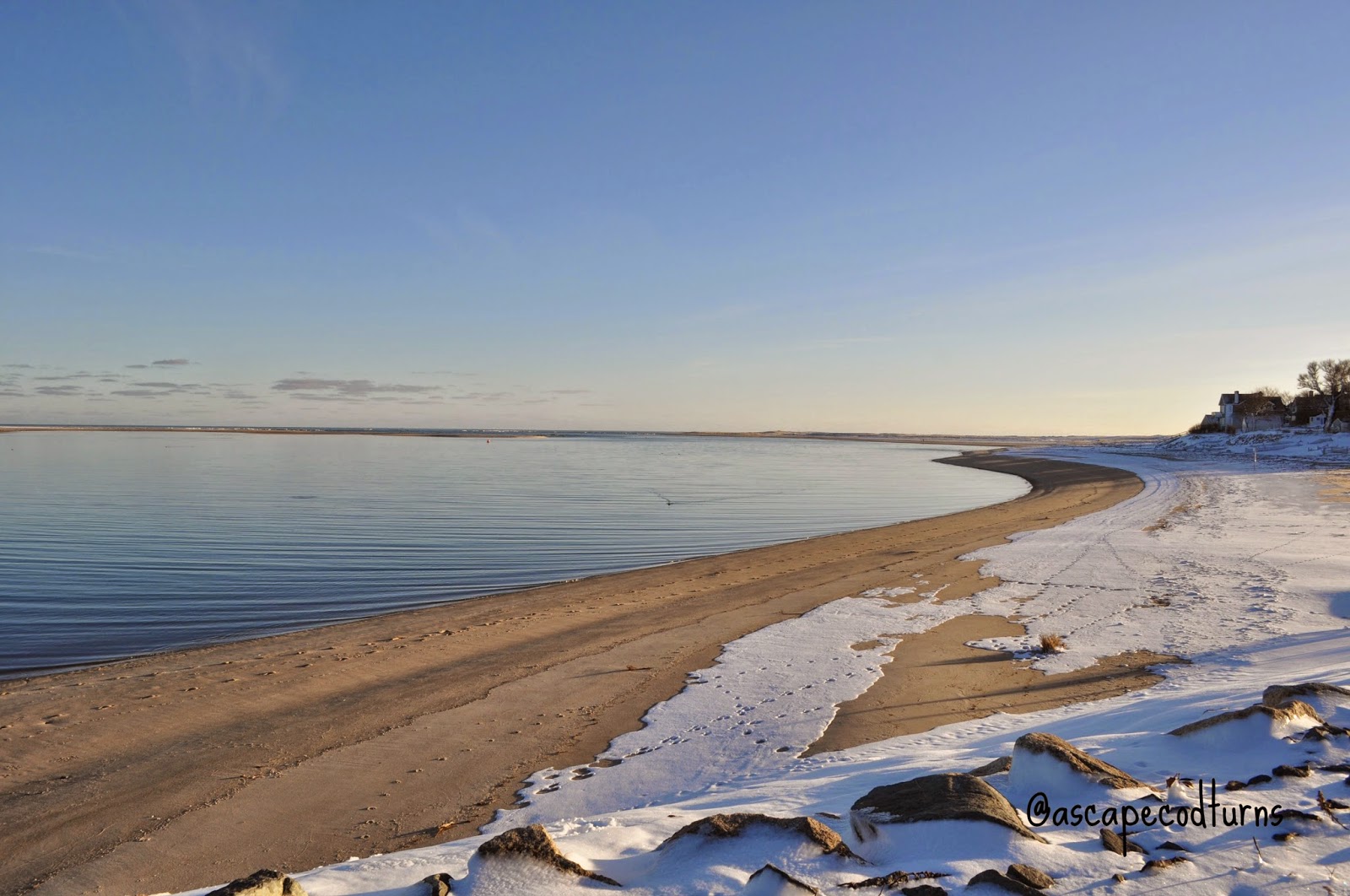 10. Sunsets on the day after the storm are MAGNIFICENT!! 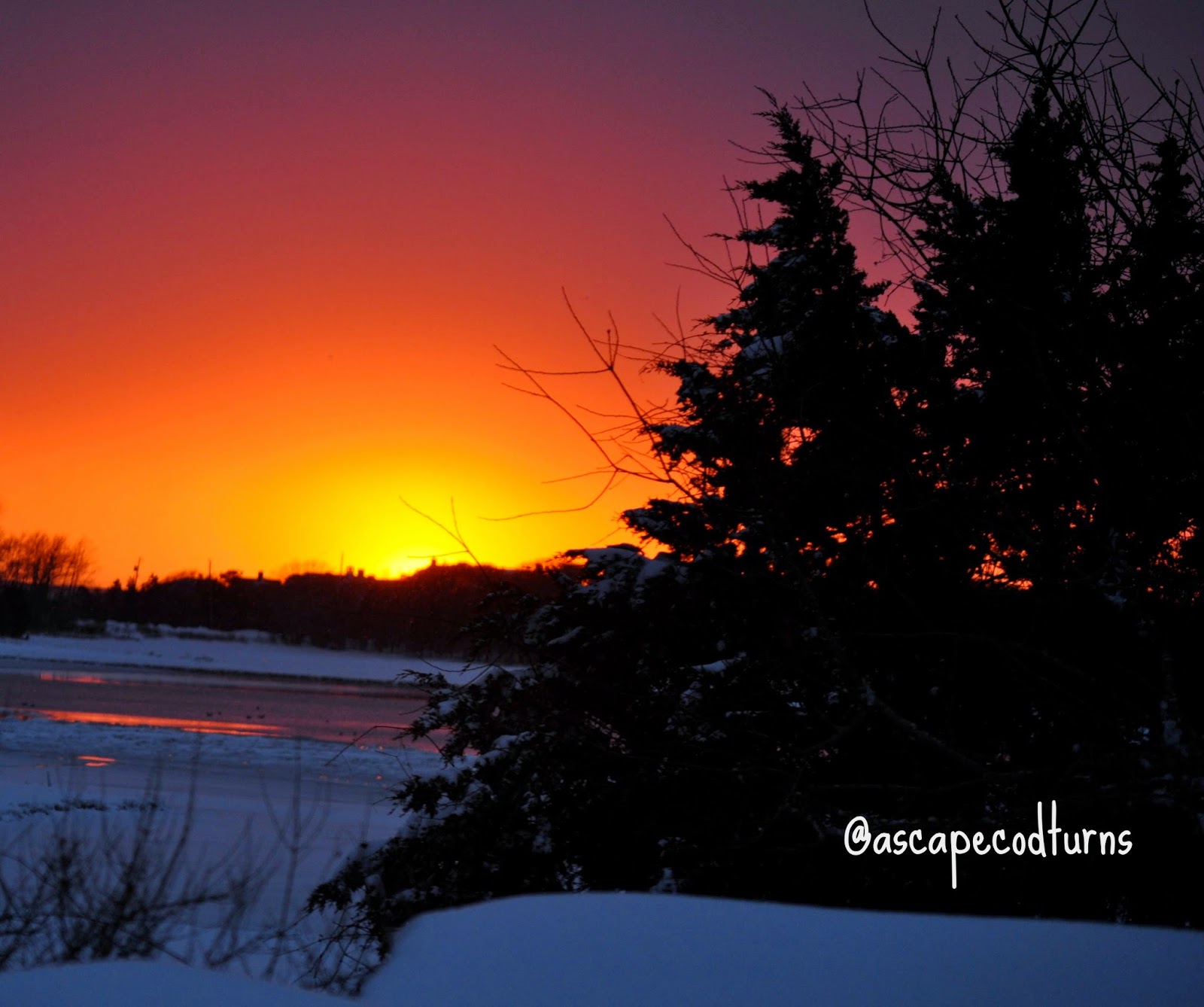 If you have any interest in football, you know that the Patriots are playing the Seahawks on February 1 in the Superbowl. You probably also know about "deflategate". This has been a hot topic of conversation in our house this week.

"Why would the Patriots be stupid enough to deflate the balls?"
"Can't the officials tell if the balls are deflated?"
"Some teams actually over-inflate their balls."

All this talk about balls has brought us to the maturity level of 13 year old boys. This morning's conversation...

Bobby, "Did you hear that 11 of 12 balls were actually deflated?"
Me, "Yes, I did."
Bobby, "They don't know if they came out of the locker room deflated or someone deflated them on the sideline. Also, the kicker actually has his balls delivered to the field still wrapped."
Me, "The kicker gets his balls wrapped?"
Bobby, "Well, yes."
Me, "Who unwraps his balls? Why does he need new balls every time? Why is he so special that his balls are delivered to him nicely wrapped? Or wait! What if he forgets to bring his balls?"
Bobby, "um....haha"
Me, "Well what happens if his balls are over-inflated? Squishy balls are easier to hold and throw, but are hard balls easier to kick?"

This is a direct effect of living in a house of teenagers. 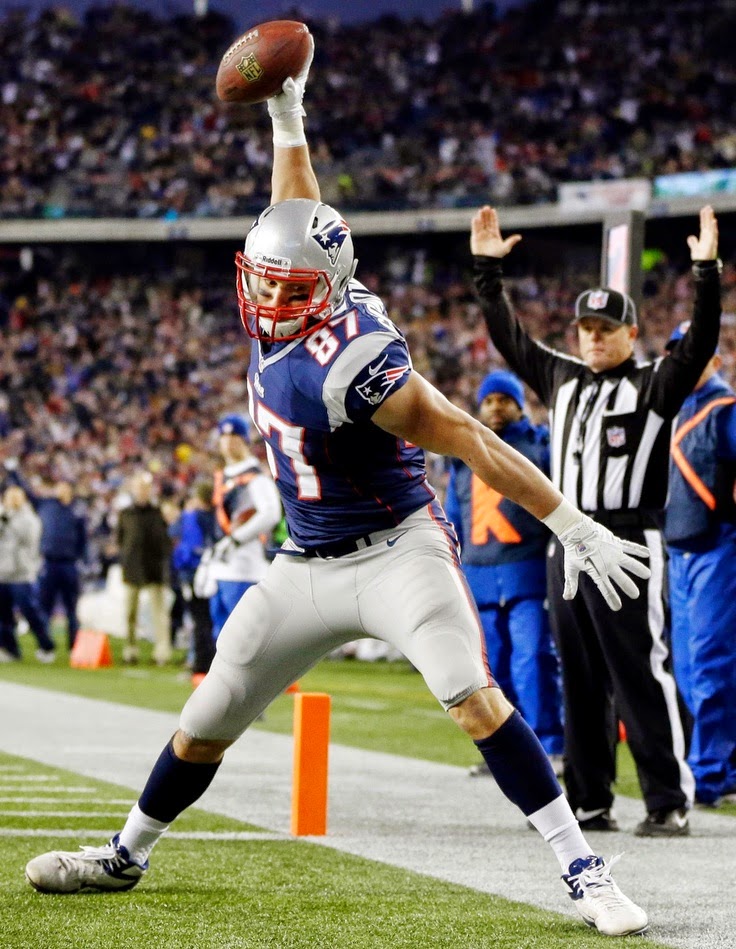 Brought to you by As Cape Cod Turns at 12:25 PM No comments:

It was a sporty kind of weekend.

There was lots and lots of swimming.... 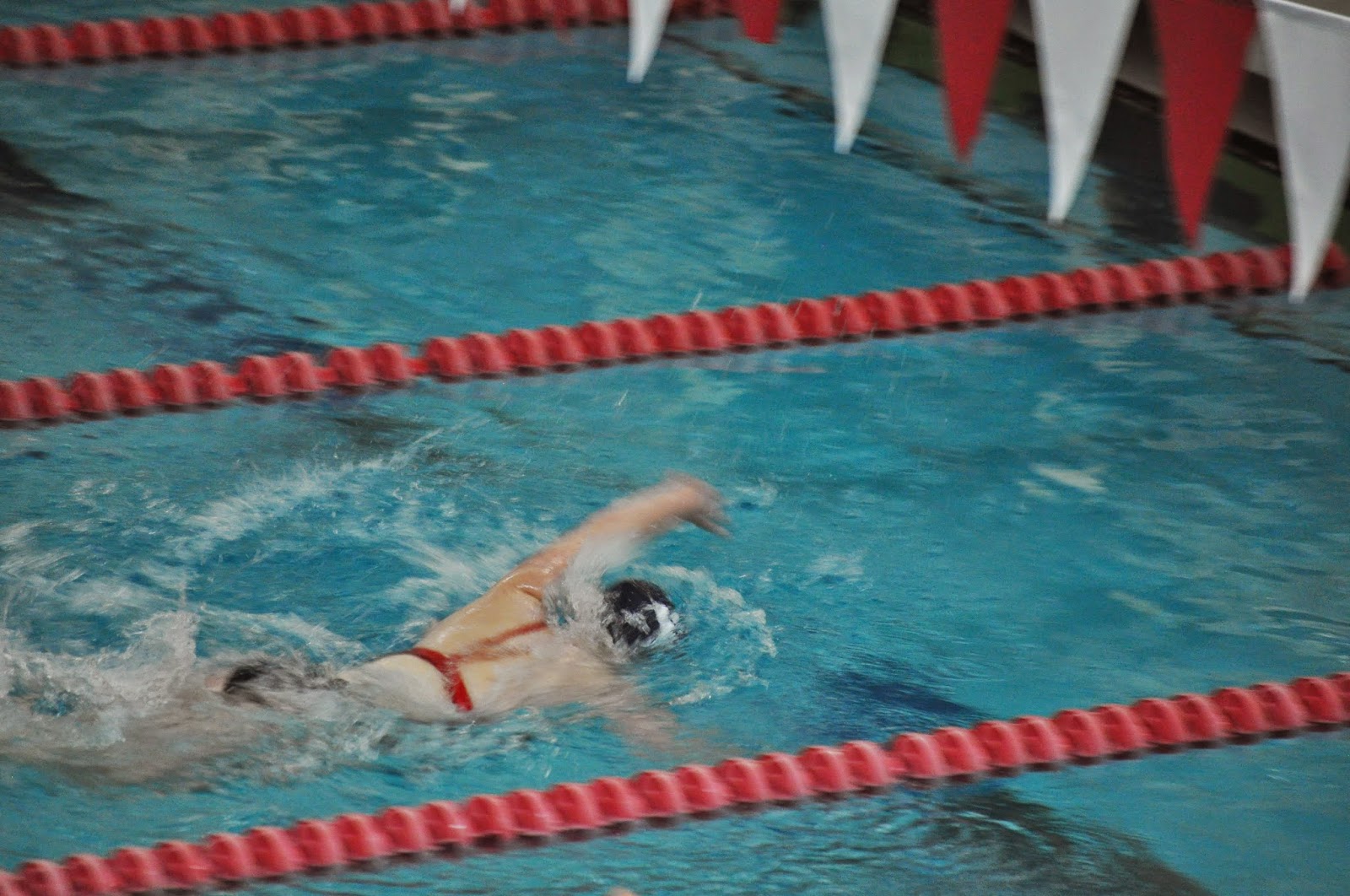 There was skiing on some challenging grassy backyard terrain... 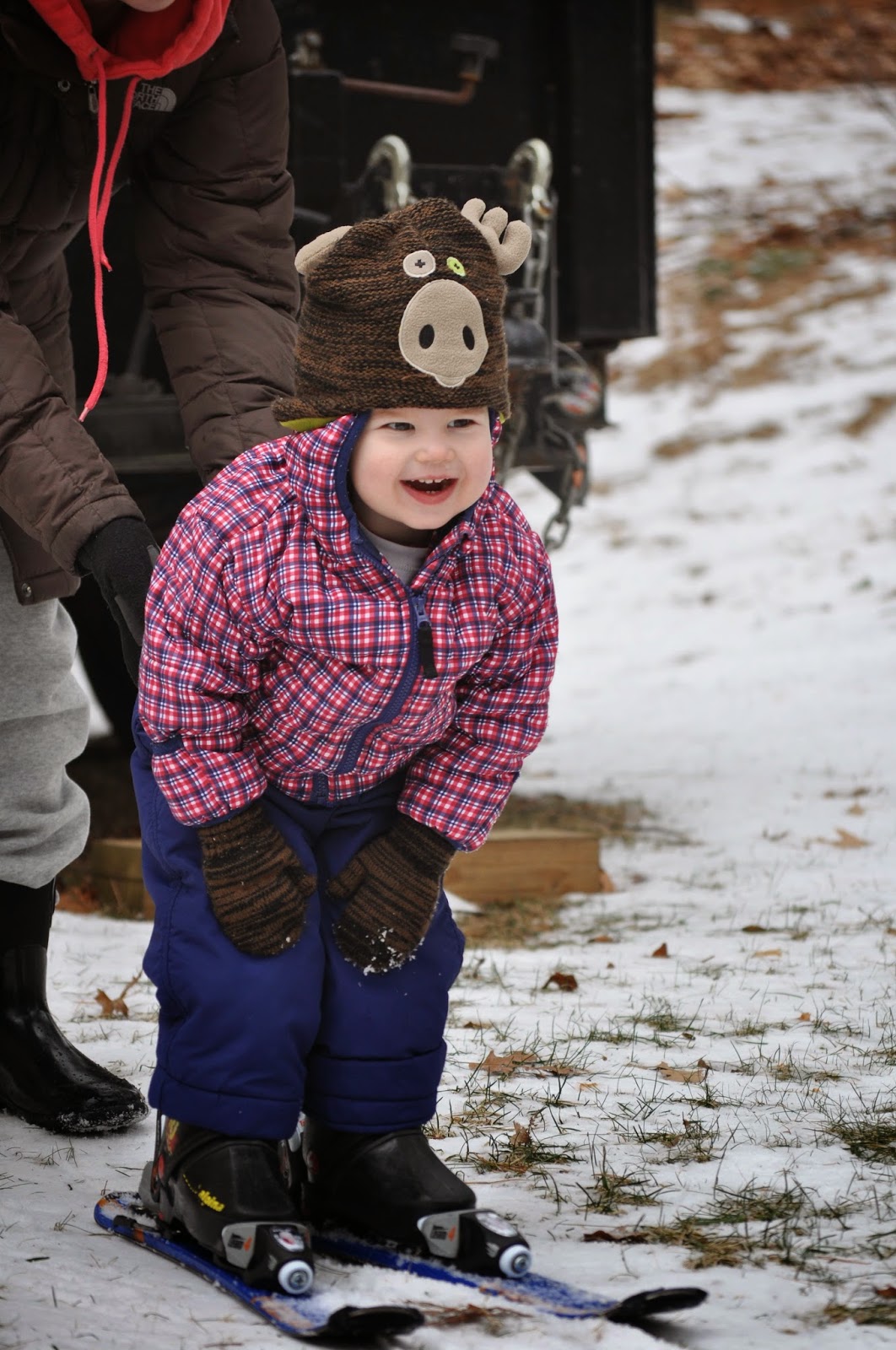 And then, of course, there was football.... 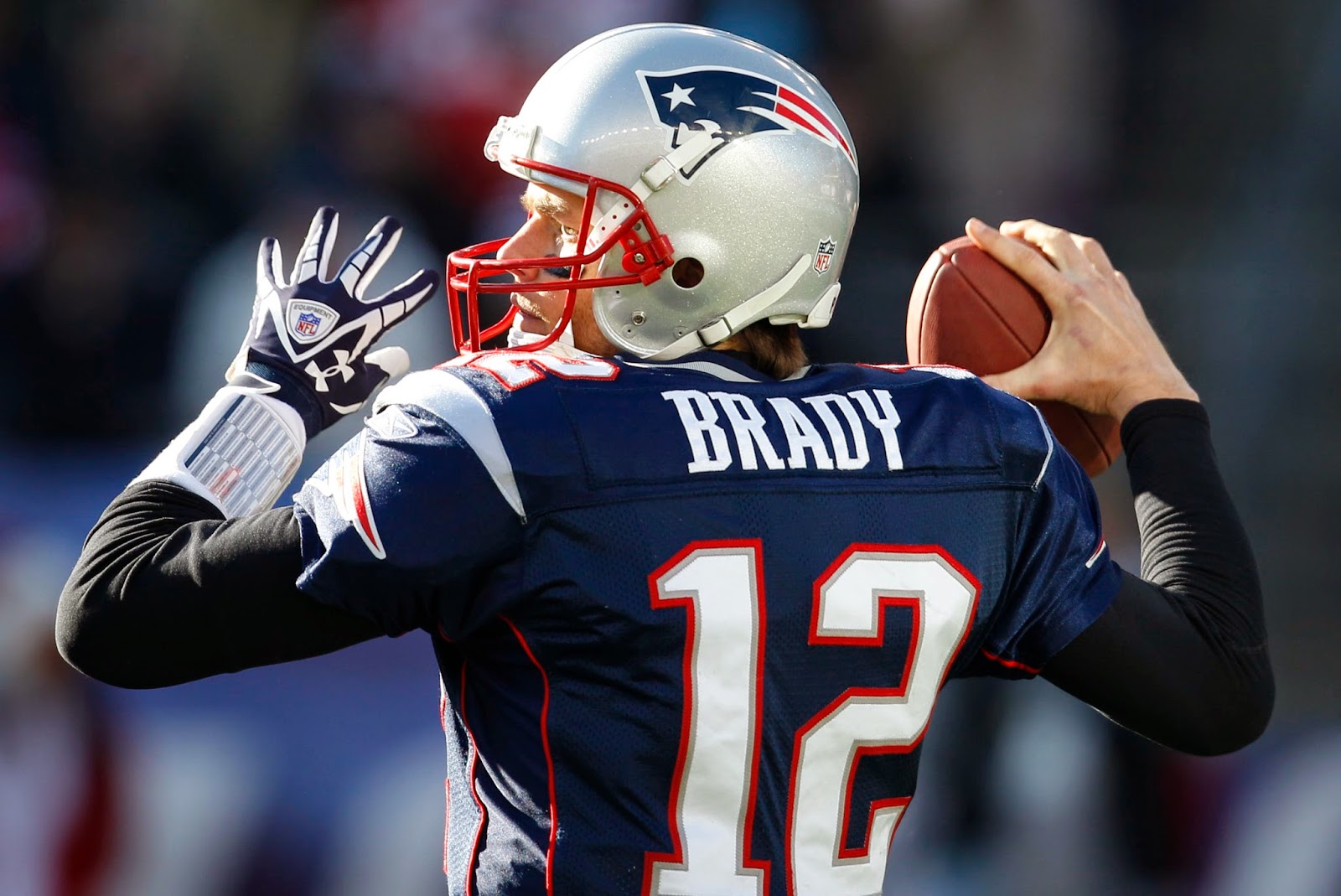 And to round it all off, a sunset beach walk.... 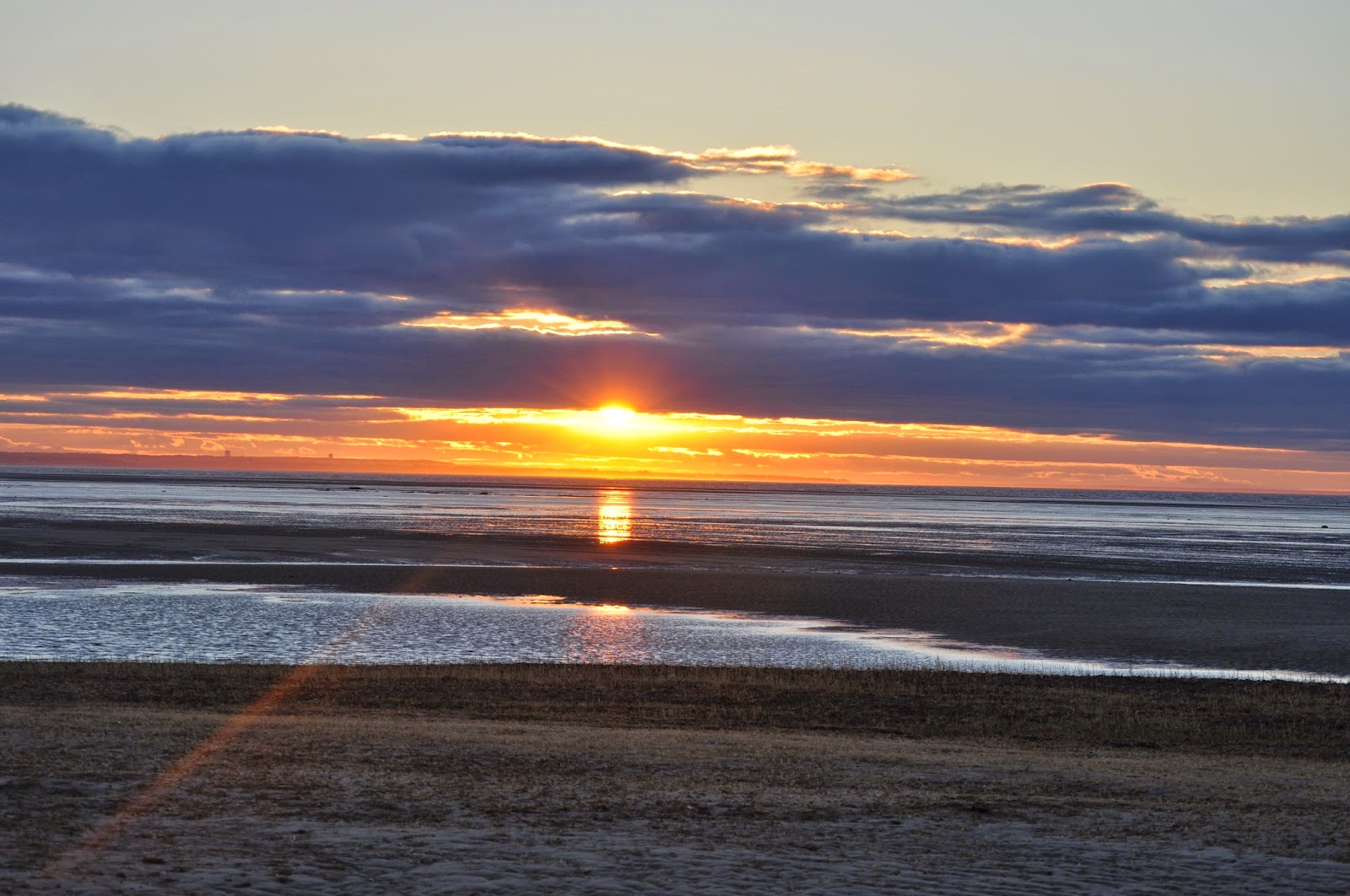 How would you describe your weekend?
Brought to you by As Cape Cod Turns at 8:23 AM 1 comment:

A Unicorn Kind of Day

What is a unicorn day? A day that goes so well it surprises you. It's a gift really and I feel that they are few and far between ESPECIALLY in January. Well, the other day...

I had a 'rainbow pooping' unicorn day! Yes, it was that good. 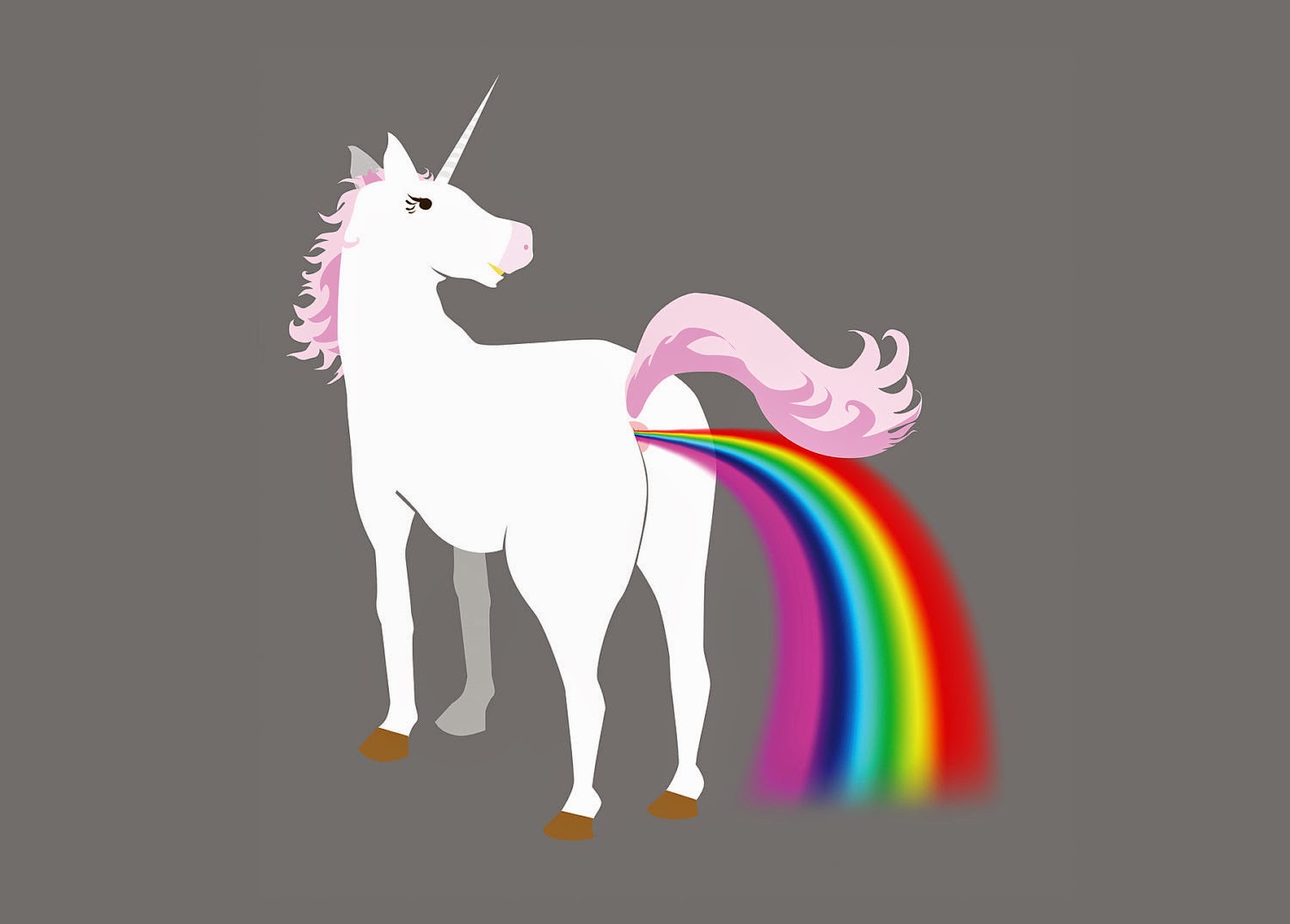 It started off with Bobby and I going to Boston for my annual check up appointment. My Doctor (who I have gone to for the past 30 years) told me I was a 10 out of 10. I'll take it!

Underneath his new office is a Wegman's grocery store. I would have to describe it as nirvana, or a cross between the looks of Whole Foods and the prices of Market Basket. The amount of fresh food they had to eat in the store or to take home was amazing. The produce was amazing, the bakery was amazing, basically everything was dreamy. Side note: You know you are an adult when grocery stores are described as dreamy and you can see enjoying yourself for hours in one.

We then drove to our favorite place in the whole world, Maine. We were able to spend a fun hour and a 1/2 walking on the beach, walking through Perkin's Cove and driving through Ogunquit. It was sunny and freezing, but totally worth the drive! 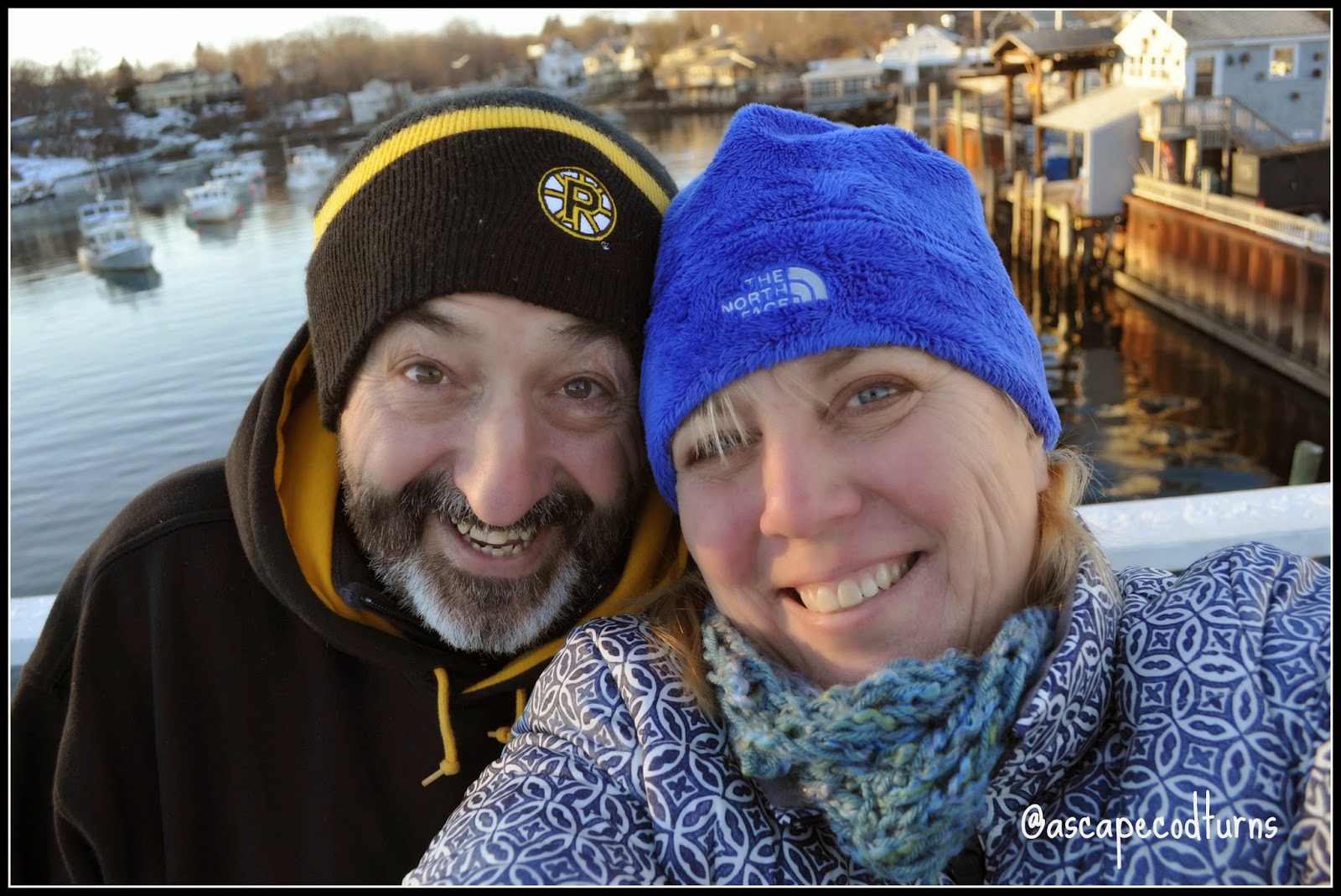 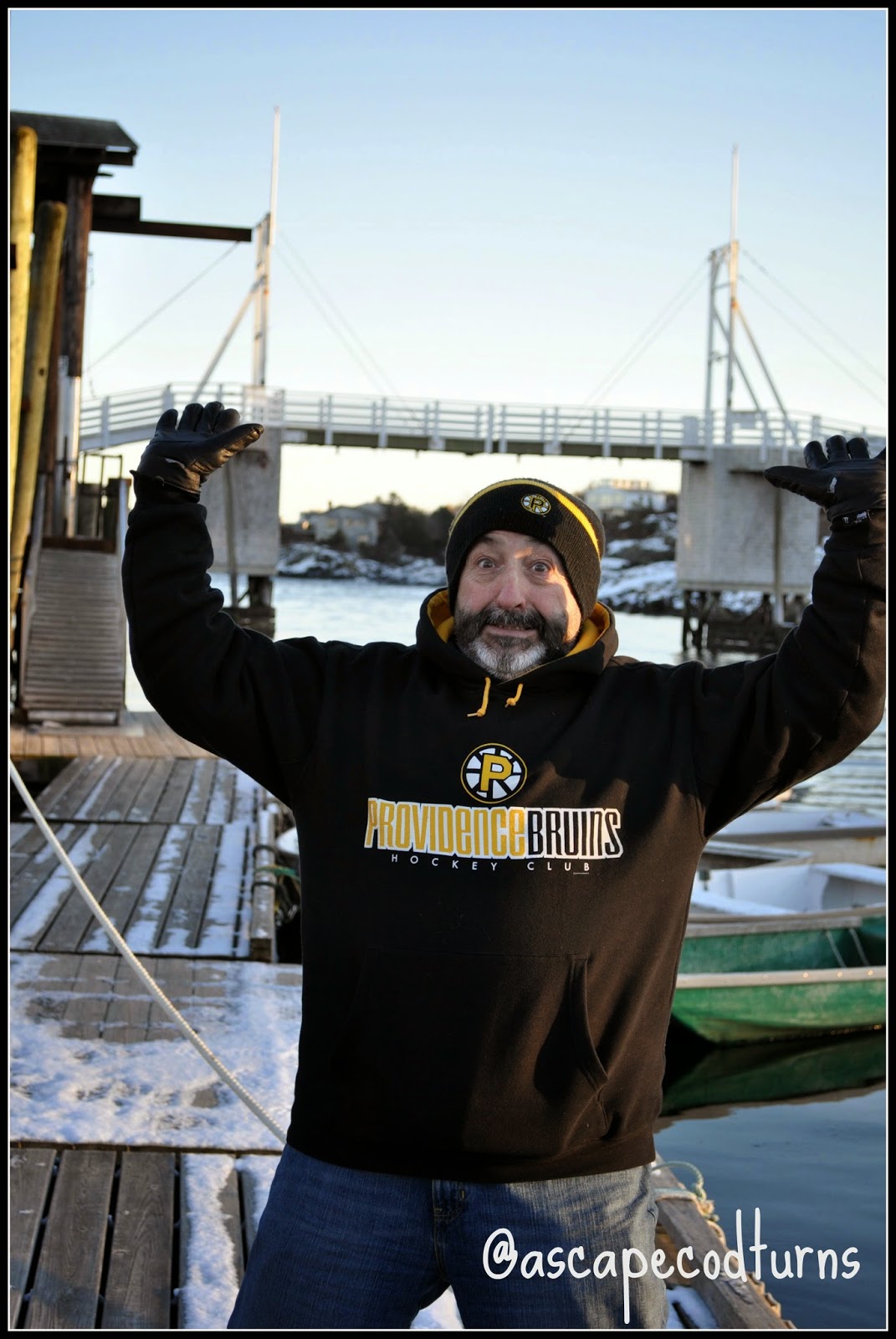 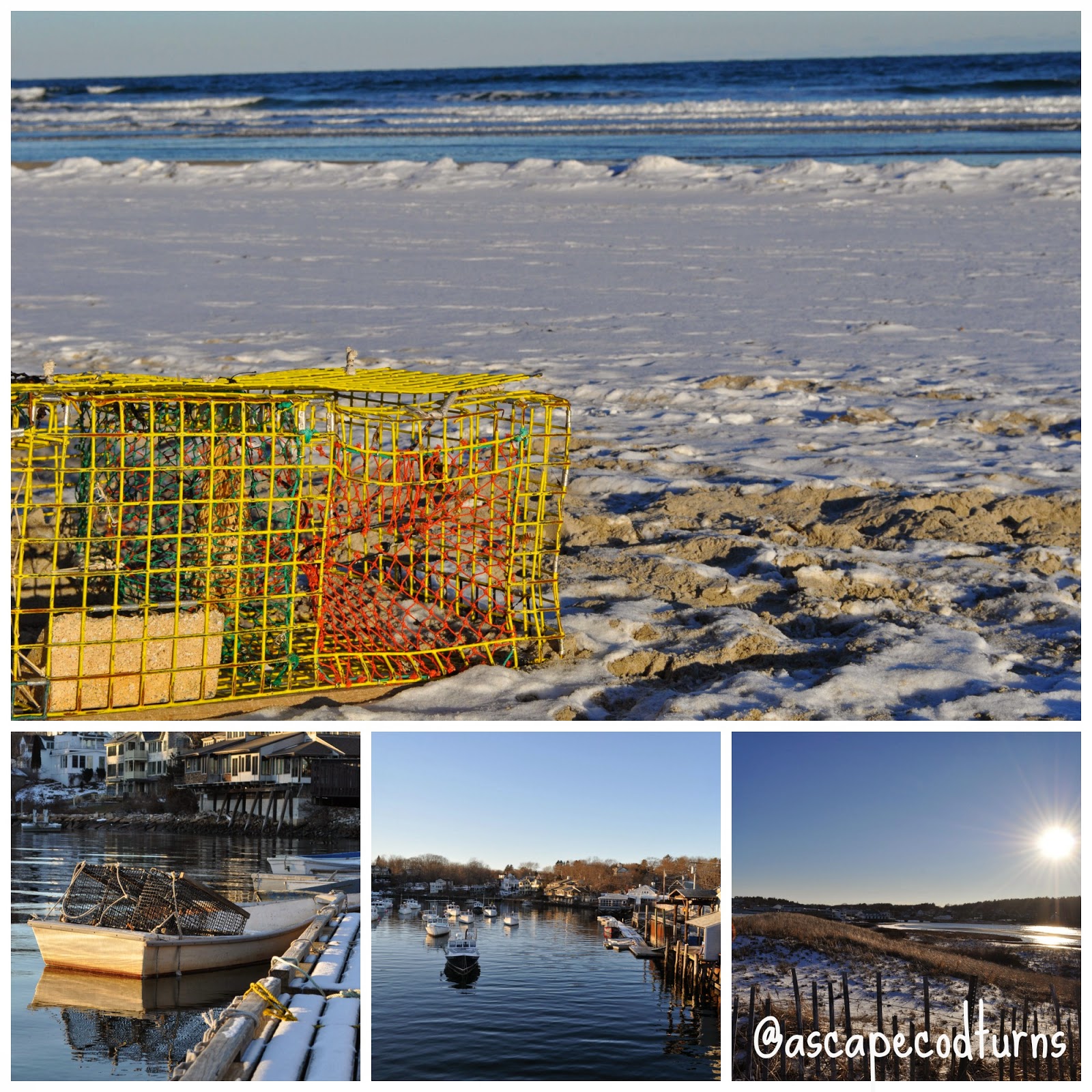 On the way to B's swim meet in Bridgewater, we got gas for $2 a gallon! Thank you BJ's in Portsmouth! 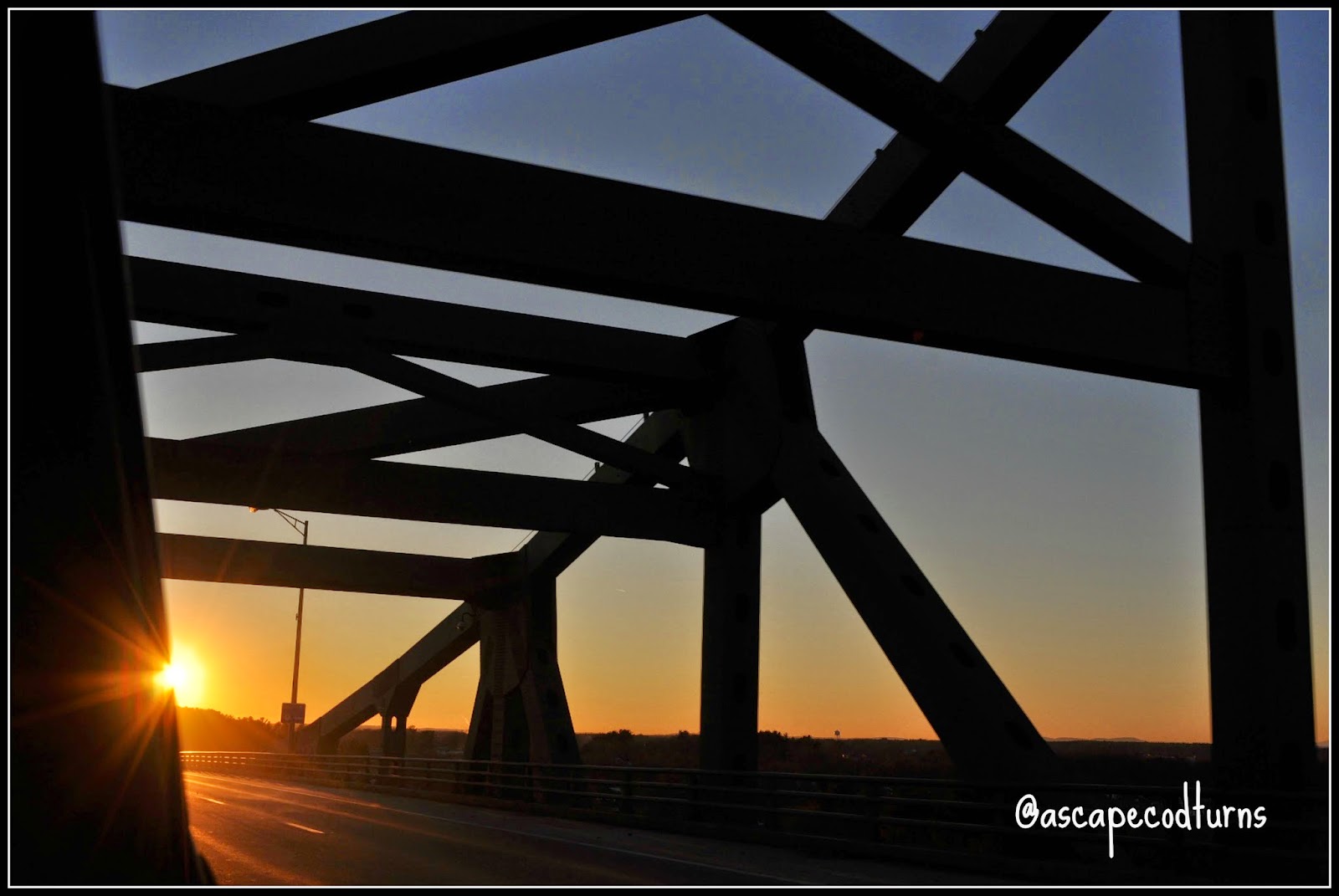 B had a great meet and won all 4 of her events! On the way home, I was craving ice-cream (shocking) and we got lost, but found a Friendly's!

Seriously, I do not have days like this very often. It is unrealistic to expect them, but when they come, I make sure I appreciate them!!
Brought to you by As Cape Cod Turns at 6:57 PM 1 comment:

A parent's worst nightmare happened on New Year's Day a few miles from my house.

A boy (actually young man), a senior in college, was out doing what a lot of people were doing on New Year's Eve; having a good time with  friends. He was not from here, he was visiting and enjoying our well publicized New Year's Eve festivities. Reports say he was at a bar, then went to an after party with his friends. Then, he left the party alone.

How many times have we stressed to our children that traveling in a pack is safer than being alone. I cannot imagine that it is just me that says this. Stay in lit areas, have a friend with you, if you need a ride home, don't ever hesitate to call.

For whatever reason, this young man left the party and at 4am was laying, allegedly passed out, in the middle of a road. It was freezing. Our roads are not often lit with street lights. It was dark. A police officer received a call of a break in (also a rare thing in our town) and was headed toward it. He did not see the boy laying in the road and allegedly ran him over, immediately got out, saw that it was a person and started CPR.

The young man died. He was a great kid, a multiple sport star athlete about to graduate in May.

What can we learn from a story this horrific? As parents we worry about our children constantly. The scenarios we make in our heads of things that could happen are probably what horror movies are based on. I truly do not think that our children can relate to the fears we, as parents, have until they have children of their own. So, as parents, all we can do is stress over and over to our children the dangers of drinking too much, drugs, and going out alone while walking the fine line of letting them live their lives without scaring them half to death with our fears.

We watch them drive away in a car and pray to God that they come back in one piece. I have found that my faith in God  is much stronger now. I give thanks to my guardian angels who are in Heaven watching over me and my "tribe". I say, "have faith" at least a few times a day.

The unfortunate outcome from this weekend is that it did not end with one dead person. It ended with a family devastated, a police officer devastated, a close group of friends devastated and many parents watching their worst nightmare play out in the news.
Brought to you by As Cape Cod Turns at 8:36 PM 3 comments:

Email ThisBlogThis!Share to TwitterShare to FacebookShare to Pinterest
Labels: parenting, so sad

I have written and probably whined about how I do not like new year's resolutions. Last year, I attempted (thank-you TimeHop for reminding me) to make some resolutions.

What the hell was I thinking?

You can go read them here, but I will summarize for you right here:

*Try not to eat a handful of M&Ms when I get up or for that matter, before 10 am. FAIL

*Do something about the single sock problem we have in our house. FAIL

*Teach the kids how to wait on me and do chores. EPIC FAIL (although I did try at least)

So no (absolutely NONE, NADA) new year's resolutions this year. At least out loud. I will applaud all of you for your resolutions. If you lose weight, good job! If you become healthier, excellent! If you learn a new skill, fantastic!

I will carry on having m&ms for breakfast, pleading kids to do the dishes or clean a bathroom while sitting on my family room floor wondering why I have so many half pair of socks.


Brought to you by As Cape Cod Turns at 3:08 PM No comments: