Get Out On The Highway

When K became eligible to make her driving test around Thanksgiving, we called and got a date of January 9th. This was no good for K because she wanted her license NOW or at least before Christmas. I'm pretty sure she wanted it so badly so she could drive and get me a special Christmas present all by herself. (Yes, that was sarcasm)

Because K has a very persuasive nature about her, she had me calling all over the state of MA to get her a December appointment. I wound up getting one for last Friday. In Southbridge. 2 1/2 hours away. At 9AM.

We left the house at 6 and got to Southbridge right on time. Nerves were a jangling. We watched some other 16 year olds go out for their tests. One came back sitting in the back seat. We figured something had to have gone very wrong on that drive. It was our turn, the man stood outside and went through all the light checks and hand signals. He, then, asked for K to secure the ebrake and rev the engine to make sure the ebrake worked.

And tried again and each time the car jumped forward a little. The man said, "I am sorry, I cannot get in the car with you if your ebrake is not working. Call this number and you should get in for next week."

Well, then came the tears and the disbelief. We drove to a parking lot for 20 minutes where it was pretty much my fault that she did not get her license. Then she yanked with 2 hands on the brake and asked (ok, told) me to try it again. I did and the car did not move. We did it 3 more times and the ebrake worked. K decided we were going back and demanding another try. (Side note: confrontation like this makes me want to vomit. I never send food back to the kitchen at a restaurant. I would rather deal with the situation and brush it off rather than try to change it. No, I am not very proud of this trait in me, but it's me and I own it.)

So, we turned around and went back and asked for another try. And the Christmas miracle of it all, was the guy gave it to us because he realized that we had driven a long way to get there. He got in the car and my nervous girl drove around Southbridge with a very patient man going 15 mph.

But she passed! And the world was right again and I even got a big hug (from her, not the man). 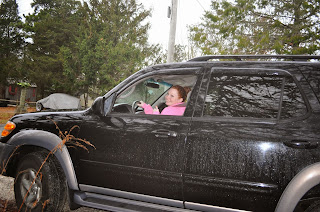 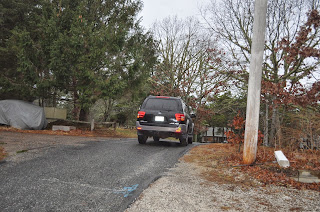 Drive safely, baby!
Brought to you by As Cape Cod Turns at 6:10 AM 5 comments: 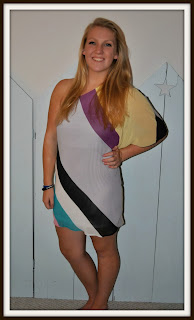 Today I have a 15 year old whom I still call "cookie".

She swims, she's funny and she's a great friend.

She's smart, she's sarcastic and she's beautiful (on the inside and out).

Her year as a 14 year old was trying (to say the least) because of situations out of her control.

She is one of the strongest people I know.

She has a great laugh.

I am truly blessed to have her as my daughter.

Happy Birthday Cookie!! I love you xoxo
Brought to you by As Cape Cod Turns at 4:07 PM 3 comments: