In February of 1952, a tanker called the Pendleton split in half in bad weather off of Chatham, MA. 32 of 33 people were rescued during this huge storm. There is a new film coming out in April of 2016 called The Finest Hours staring Casey Afleck.

I cannot say that I have seen any of the movie stars, but the town has been buzzing with movie production for the past couple weeks. Bobby and I finally went down to Stage Harbor today to see some of the "props". Various parts of town have been "snowed on". I touched the snow on the cars today. It was like a thick cottony foam. Very realistic looking! There was a lot of ice on the ground for the ground snow. This is an 85 million dollar Disney film. It is amazing that Disney could pay for the crappy weather we have had for the last week. Haha, I actually bet they saved money by not having to make it rain since Mother Nature took care of that herself. They could not have asked for a more stormy week to film! 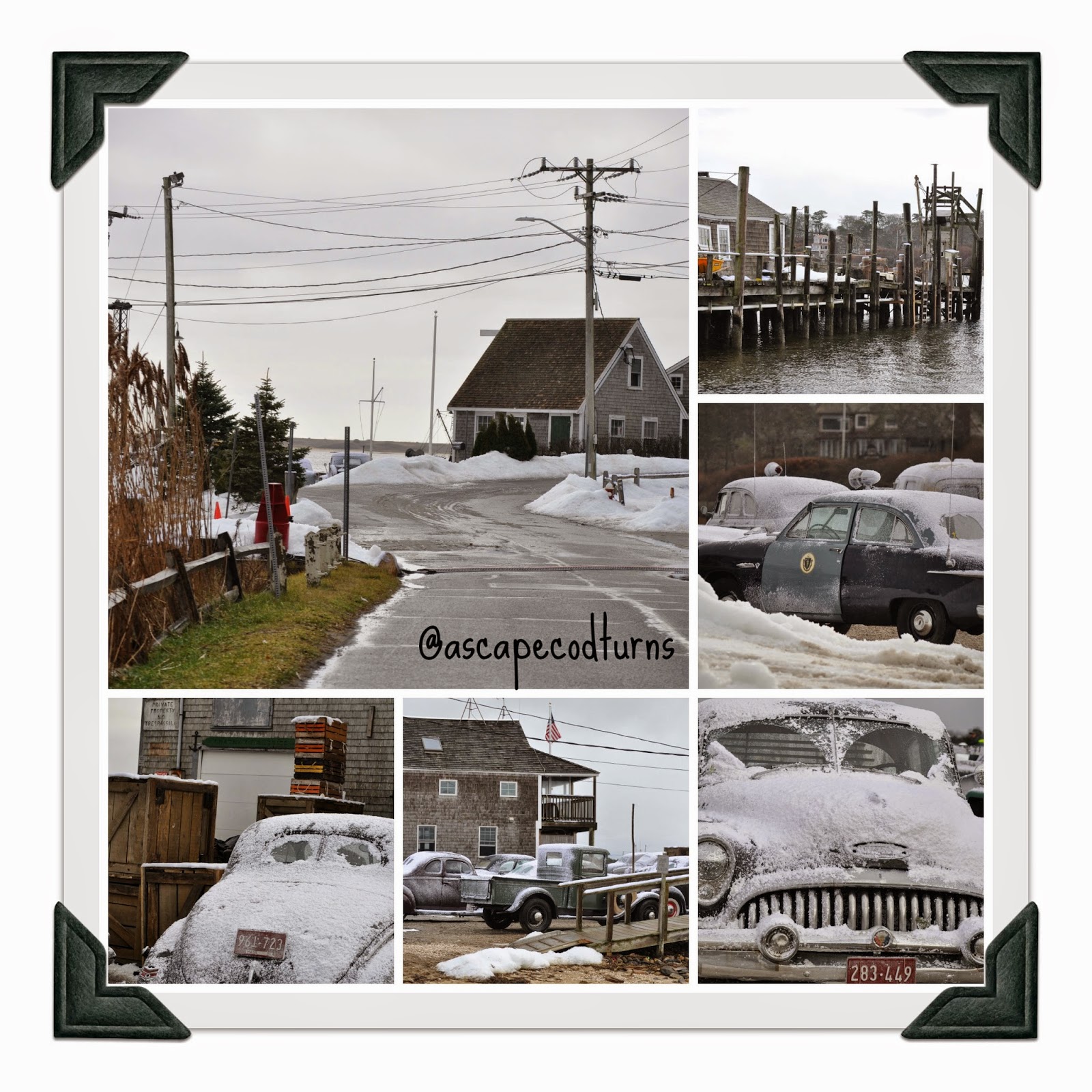 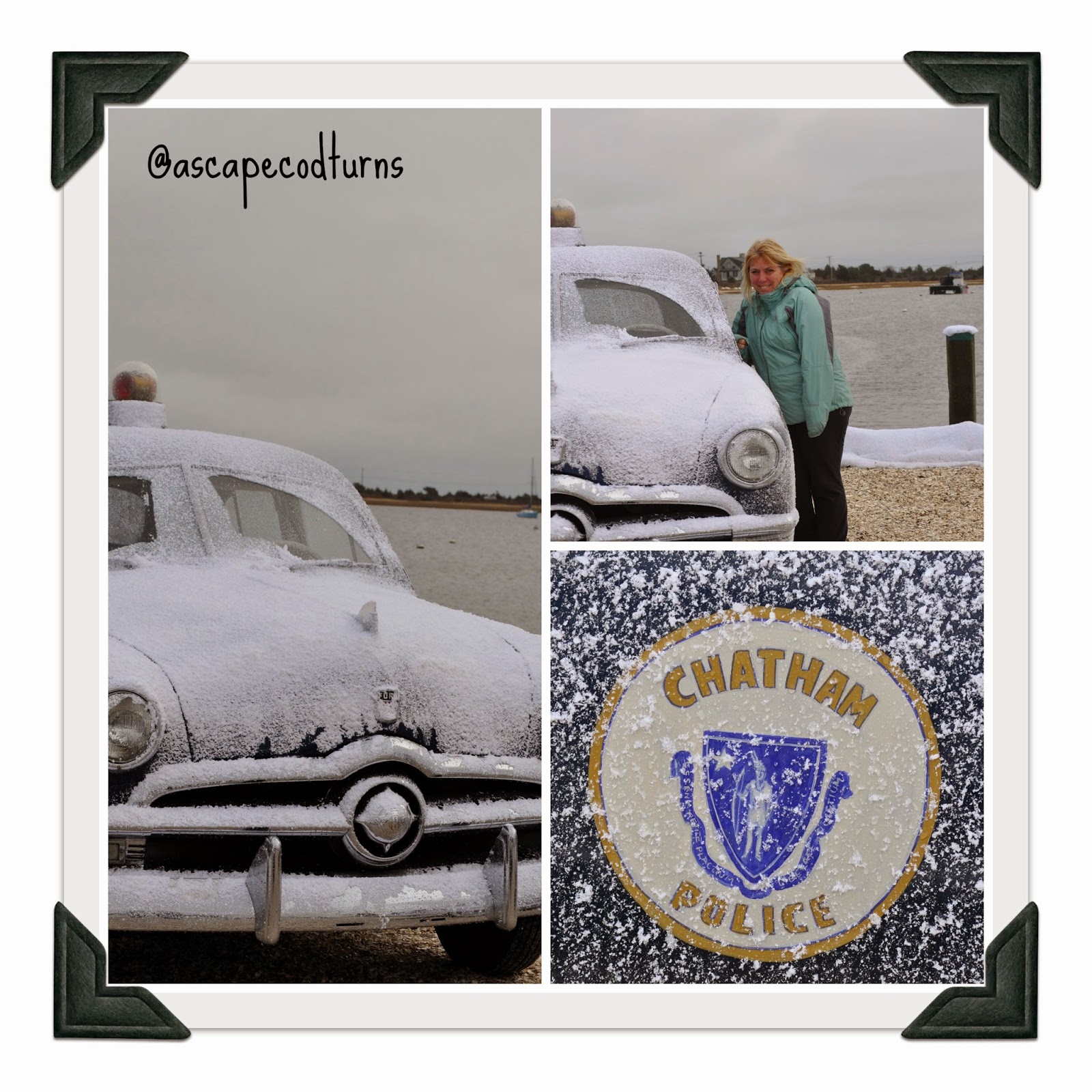 I cannot wait to see my town on the big screen and pick out the extras/townies who were cast in it!!
Brought to you by As Cape Cod Turns at 9:43 PM