*Weekends are not long enough.

*Weekends are NOT long enough.

*I learned that a male fiddler crab has one large claw and a female has 2 normal claws. I know there is a joke in there somewhere, but I am too tired to find it. 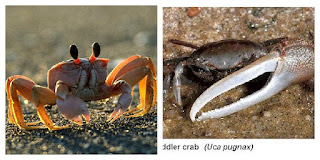 *I also love recess duty. Perhaps I love it because I am outside. Ask me in January how I feel about it.

*I work mainly with an autistic boy. Autistic children are so interesting. I did not think he was paying attention to a classmate who was explaining a picture about "Batman and his sidekick, Robin". 15 minutes later, we were looking at a book and he said while pointing to a parrot, "This is a pirate's sidekick." I have been telling everyone that story. Unbelievable!

*The special ed room has some plain walls, so I have been doing some crafts to brighten them up. Last week, I made an apple tree. This week I made 12 cupcakes with the months on them and then put birthday "candles" on them. One Kind. teacher saw them and expressed her desire to replace the "stupid" frog and cake birthday markers on her walls, so I made her classroom ice-cream cones with the months on them. I do love paper, scissors, tape, and Sharpies!!! 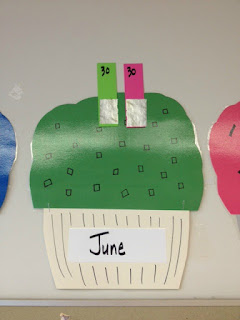 *I have to wear more make up toward the end of the week than the beginning. Damn those circles under my eyes.

*3 Kindergartners have "mystery" each day. They are allowed to bring in something from home in a brown bag and give clues while the children ask questions about what it might be. One child brought in a whale which is a mammal. One little girl said, " Well mammals don't lay eggs, so how do they have babies?" Damn smart 5 year olds, I had never seen the teacher change the subject so quickly...

*Another mystery was a glass lion that a little boy brought in. It is tricky explaining to the kids that while the object in the bag is small, in real life, it might be really big or the animal in the bag might not really be tie-dyed in real life. So when the kids guessed what it was, he showed it to the class and mentioned that it had a hole in the bottom of it. And the teacher said, "Yes, usually lions don't have holes in their bottoms." Then we looked at each other and cracked up.

*Rarely is there a dull moment in my day :)

I can honestly say that being a kindergarten aid is my dream job--I would absolutely love it (except for the recess part). I'm happy for you! You're going to have plenty to blog about :)

I have so much fun in your class, even if I'm just reading about it.

So wait, the weekends aren't long enough, then? :)

I'm also having fun in your class. And you are the PERFECT person to make all of those room decorations! You're the sharpie queen!