I had been to Aruba before and remembered the beauty and complete difference of the North/East side from the West side of the island. Melissa was going to be content floating, but I could not let the trip go by without a little jeep ride. Our hosts, Alicia and Joal from ABC Tours Aruba led us on a 2+hour adventure. When we first meet up with them, we were handed red bandannas. I thought they were like headbands as in, "this is our posse, don't mess with us". Obviously I had been hanging out with teenagers for too long. I guess they were for keeping the sand/dust out of our mouths, but we wore them on our heads anyway. 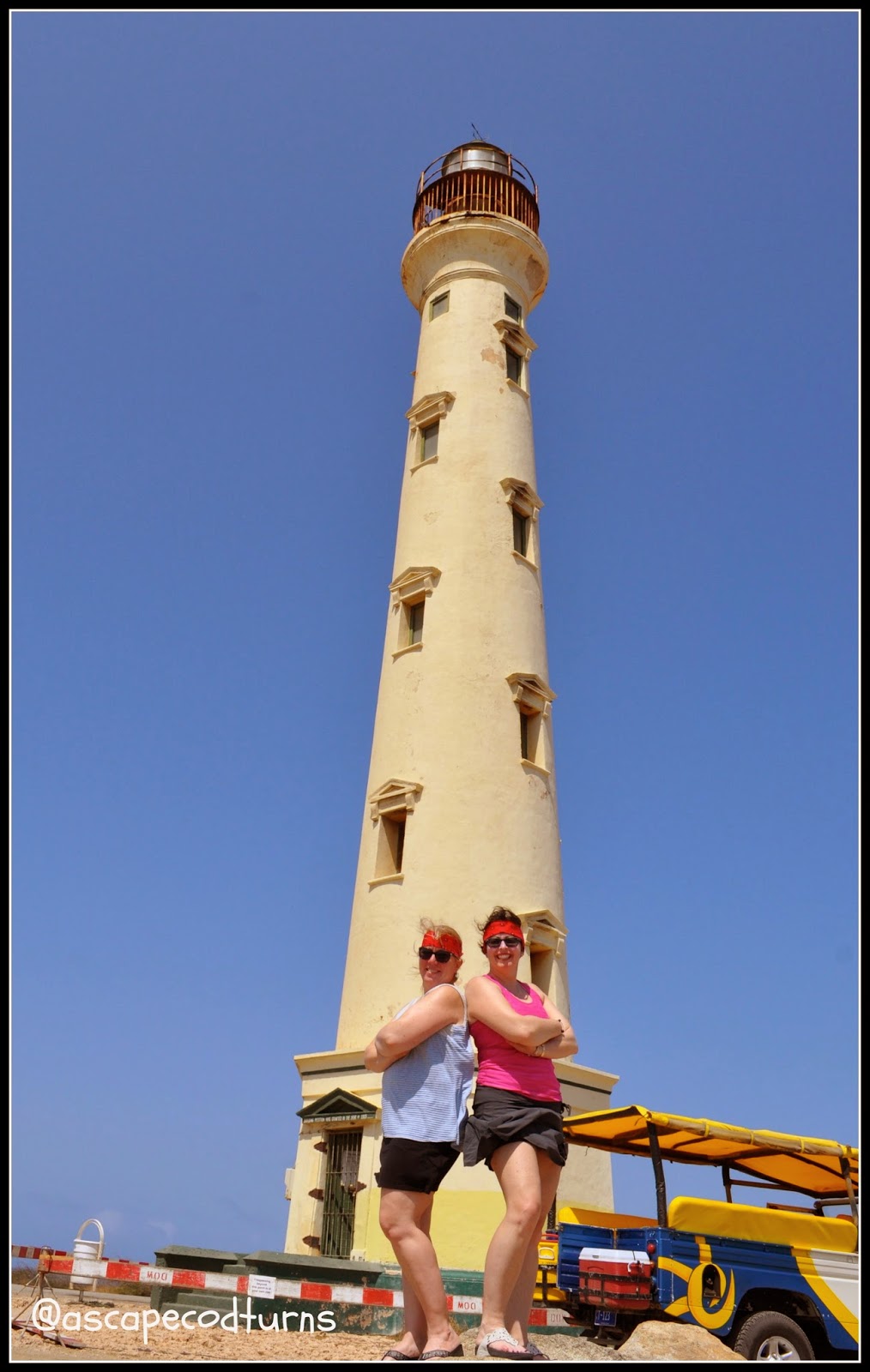 We stopped by my favorite and cutest church. It is a Catholic church and there are services held here every weekend. Because the church is so small, there are benches outside for the parishioners. Joal thought it would be HYSTERICAL to put his friend's pet snake in our jeep while we were inside the church. Oh, it was hysterical because that's what Melissa and I were!!! 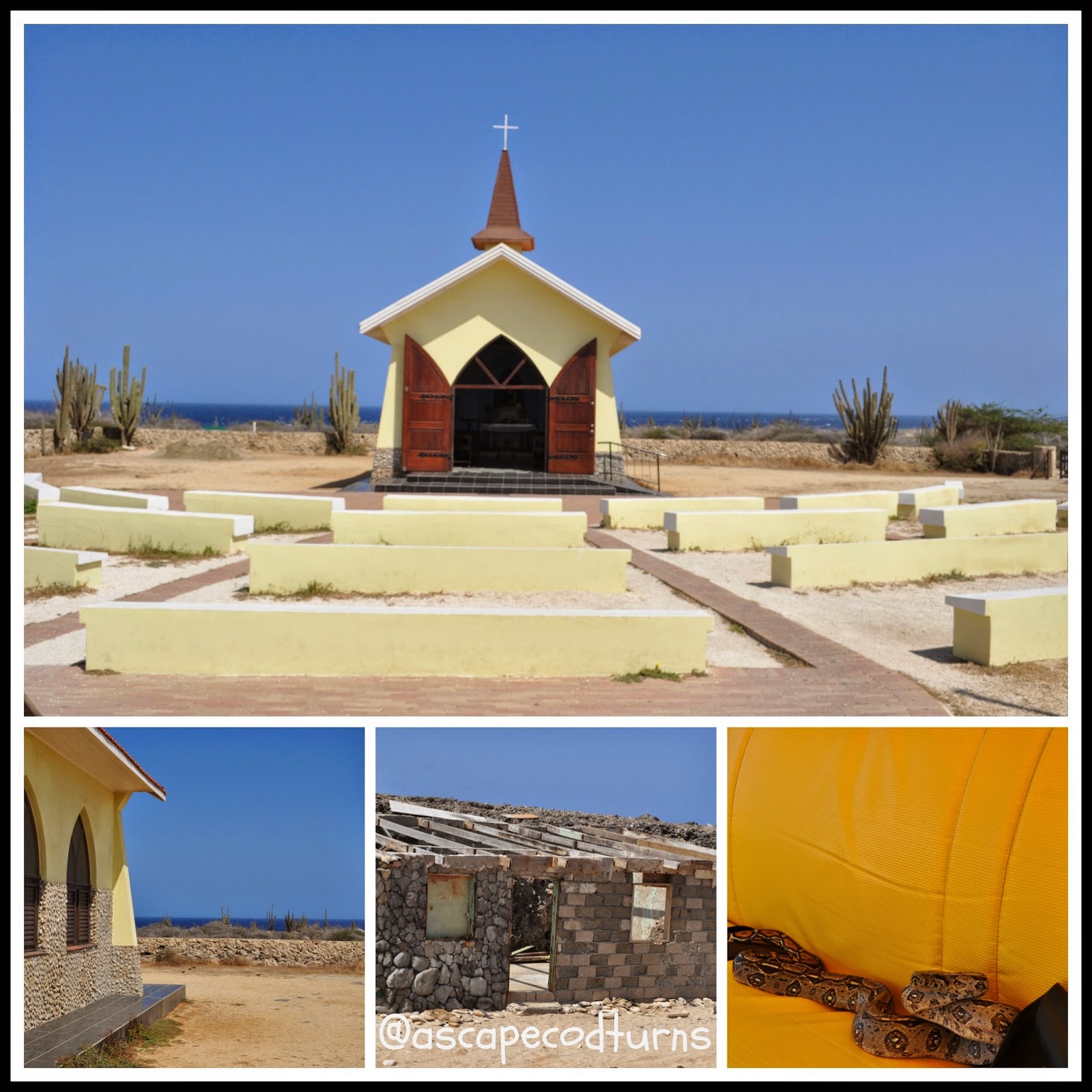 The North/East side of the island reminds me a lot of the Maine coast. It is  very rocky and rough. It is also breathtakingly beautiful. The little rock sculptures people had made actually have a very cool back story. They are called fisherman stones and before a fisherman goes out on a trip some of his family members come make a little stone column and say a prayer. Some were very elaborate! 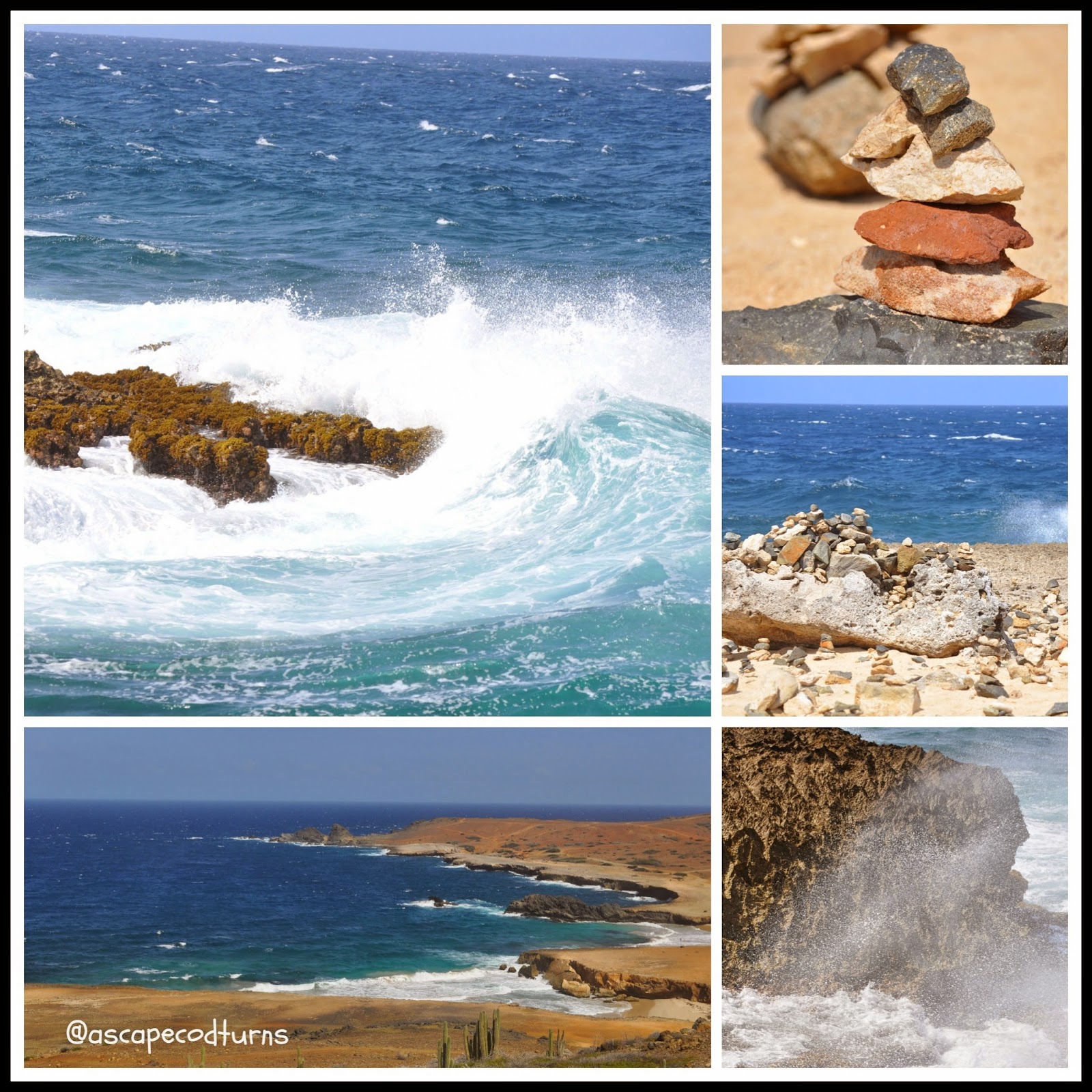 Joal, our driver, was like a little kid with a dirt bike although he was an adult with a jeep. We took so many off road paths! We shrieked and screamed and laughed through the whole trip.

We wound down from our excursion on the patio of the Ritz with some cocktails. They were so pretty, I had to take a picture. And yes, we were wearing our cool headbands. You never know where I might show up wearing mine!! 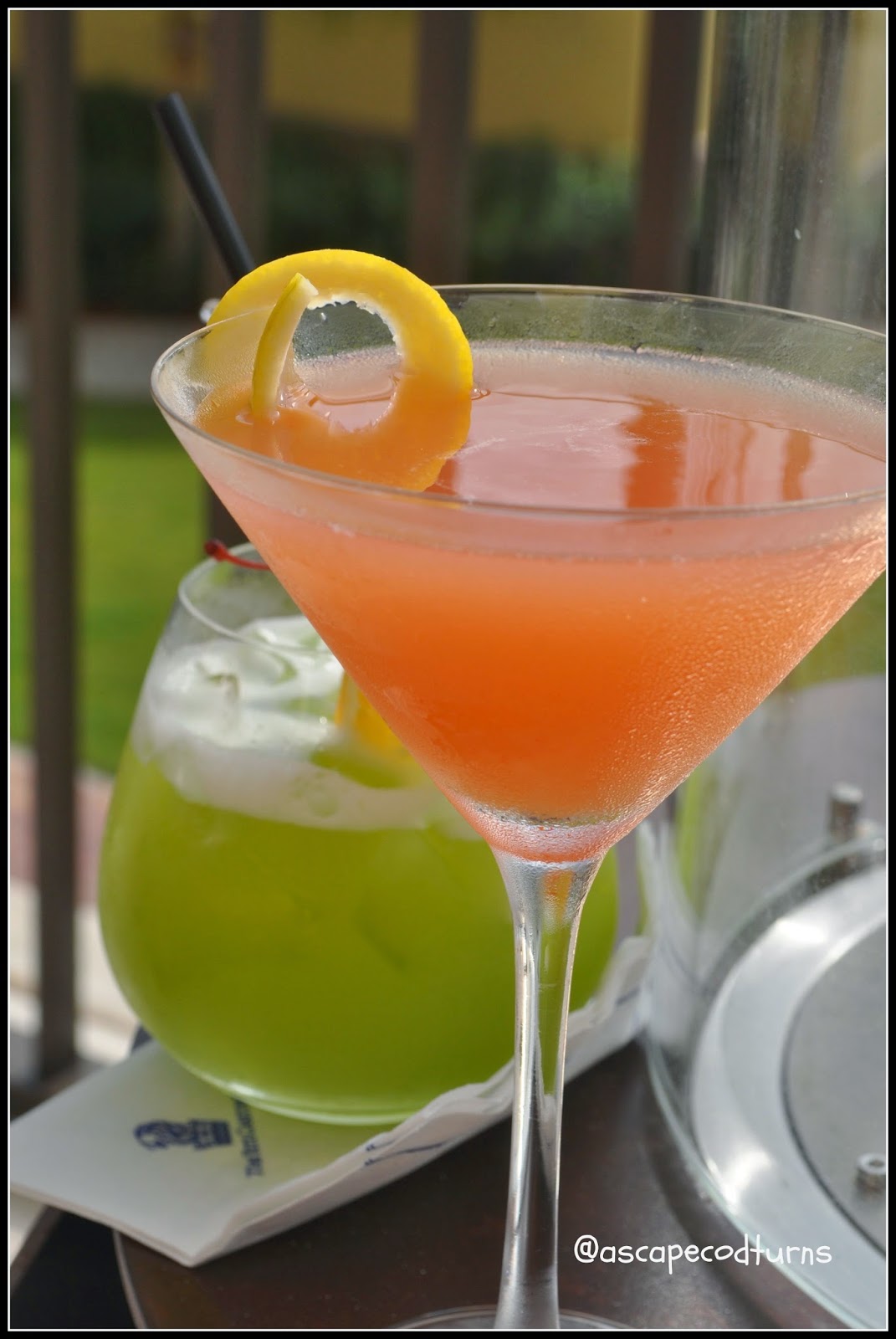