The idea of fins to the left, fins to the right*
Has made Chatham the town in the spot light.
The newscasters are lined up all in a row,
Waiting for the sharks to put on a show. 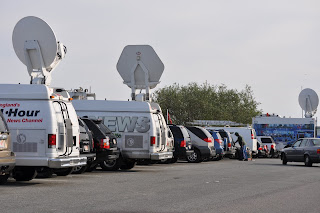 The ocean is banned for all who swim,
Lest someone lose a limb. 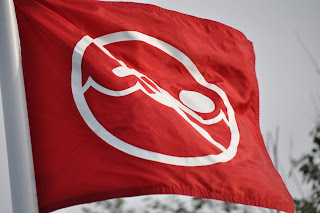 It is the cute little seals that the sharks seek,
Evidently it is their chubby physique. 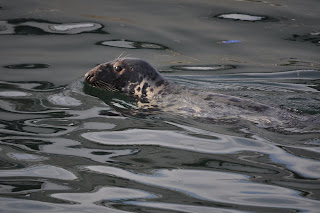 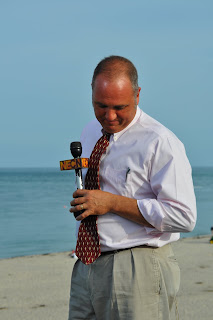 Shoes were optional, this close to port. 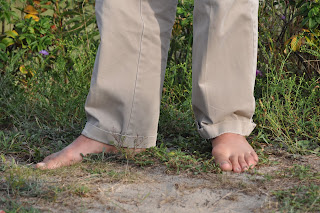 People were camping on the beach to catch a glimpse, 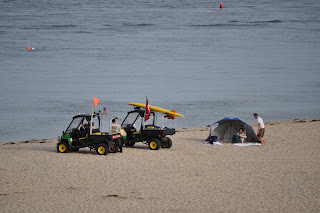 The environmental police kept up appearances
During these unusual circumstances. 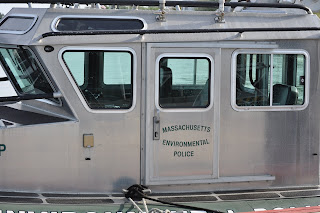 Who would have thought that a bunch of seals,
Would attract sharks in search of meals? 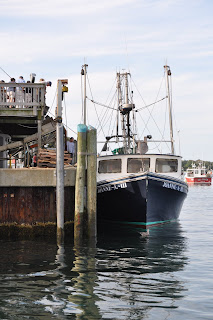 *Thank you Jimmy Buffet.
Brought to you by As Cape Cod Turns at 8:43 AM

Email ThisBlogThis!Share to TwitterShare to FacebookShare to Pinterest
Labels: always looking for something at lighthouse beach, news of the day

Personally, I find sharks to be more than just a little bit scary.

Very cute rhyming. I'm sure it's a madhouse up there right now!

For the whole month of October a nearby Gulf town has a fishing tournament. This year there is a shark category. The last one caught here was nearly 800lbs. We don't have seals, only tourists who ignore the warning flags.

wow just wow...all the excitment your town...i really wish ilived near a coast...i am so envious

That whole rhyming thing was adorable. Sharks scare the crap out of me, but I find them highly fascinating. I would have been one of those weirdos on the beach ;)

Your town was actually named on our news the other night. I started screaming, "That's where Sue lives!"

Unfortunately, nobody heard me to care. I was alone. haha

Lots of excitement on the cape, huh!

We've been watching it on the news. Just when you thought there would be a mass exodus from the Cape.....you've got them coming down there in droves!!!

Loved the poetry and photography of your post. Love sharks? Not so much. The seals are darling, but thinking of them as a shark's meal is not. I hope it all settles down quickly so you can enjoy your town and beaches again.