Hockey Is Life (At Least It Felt Like It Today)

I spent the better part of 5 hours watching hockey today. One of the boys and his hockey team played at the Dunkin Donuts Center in Providence, RI before a Providence Bruins game. It was pretty cool being able to watch him on semi-pro ice. The team did not exactly play up to par, but we cheered them on anyway!!

The Providence Bruins took the ice and we knew it was going to be a blood bath from the beginning. First fight was in the 2nd minute of the game. One guy had to leave and get stitches. 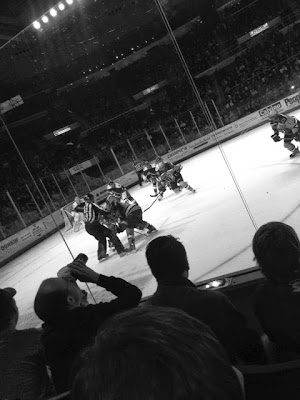 There was lots of pushing and shoving and elbows flying, but the real fight did not come until the 3rd period. That's when all the players on the ice started fighting. Even the goalies started fighting. It was ridiculous. There were gloves, helmets and sticks all over the ice. The announcer started playing fighting music, the fans started cheering and the 3 refs just watched. 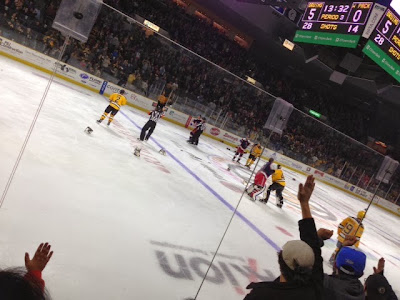 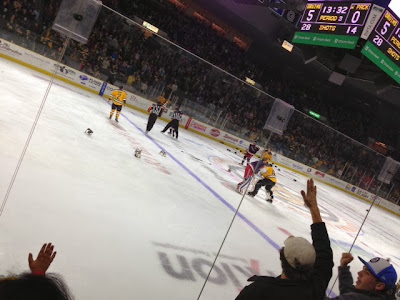 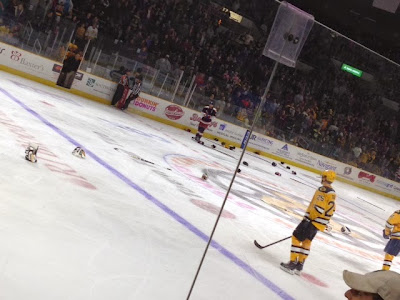 It's definitely going to take a little getting use to.

What I truly enjoyed were the little kids that played in between the periods. They had to have been between 5-7 years old. They would skate, fall down, get back up, fall, move as a group toward the puck. Totally adorable.

B's already threatening to stop swimming and start playing hockey. Now if she only knew how to skate...

Photo creds to B

Email ThisBlogThis!Share to TwitterShare to FacebookShare to Pinterest
Labels: hockey