Once upon a time(many years ago), there was a woman who left her husband due to his infractions. She lived happily with her girls (for many years). They even had a sign in their home that said, "diva den". Their house was virtually pinks and purples and pastels. They had shells and rocks as decorations and pictures of family and fun times graced the walls. The girls were getting older and more independent and the woman thought it might be nice to date someone, but was scared to put herself out there.

Then one day it happened.

The girls were away and the woman went out with a friend. They went to dinner and then a bar. The bartender was an old friend who was  separated from his wife. She had always thought he was a nice guy, good dad, but then it hit her that this might be a comfortable person to go on a date with. Well, they went on many a date and eventually moved in together.

Their house now is not as pink and not as neat, but it still is decorated with rocks and shells and happy pictures on the walls. The house is louder, sometimes chaotic and don't ever discuss bathrooms with any of them. However, this new blended home works because of the love of the particular man and woman. There is respect and caring and sometimes mistakes, but love is the constant.

The woman was surprised that there was room in her heart for more, but anyone who has seen The Grinch knows that hearts can grow.

Being thankful and grateful for the ones you love is the most important Thanksgiving lesson of all. 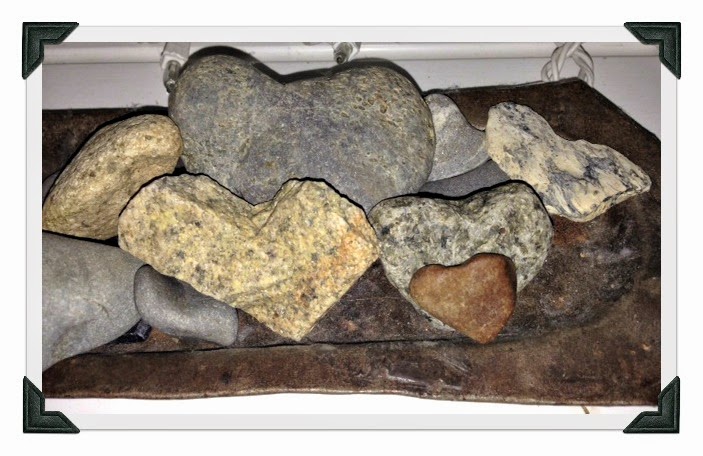 This could be one of my favorite posts : ) Love you!

Oh Sue! This makes my heart so happy! I have something in my eye....

I'm really glad you're writing this month. I've missed you!!

This could be that woman's Cinderella story. It is nice to see a pretty smile on this woman's face again and have someone that loves her enough to endure whatever quirks her entire family might have. Great post Cinderella! Love you to the end of the #'s nana