Do You Smuggle Food Into the Movie Theater? 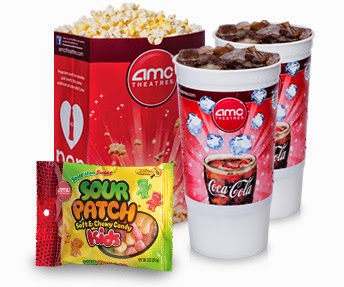 We had an interesting conversation at lunch today which led to a friend putting up a question on her facebook status to get other "opinions". I am writing about it to get more opinions. We might be able to get some sort of prize for our research some day. (#nobelpeaceprize)

One of my best friends was mentioning that she brought a foot long sub with onions into the movie theater the other night. She was happily eating it when someone a few seats away said, "ooh, it smells like soup in here". My bff, because she is so nice, offered the other half to this woman. It was declined, but that started a full conversation about sneaking food into the movie theater.

My bff, has brought subs, Chinese, burrito bowls and burgers into the movie theater. She also brings a Bota box of wine. This led to fits of laughter while we were eating lunch. Everyone in the room claimed that they had smuggled in soda or water, candy and sometimes popcorn. Bff insisted that it was completely normal to bring dinner into the movie theater. Others said, "no way".

I admitted to wearing my pjs and smuggling in wine and m&ms, but I always buy popcorn there because I love movie theater (very unhealthy) popcorn. And in my defense, Cape Cod in the winter is not a hot spot for movie goers. Those nights that a group of girls would go in pjs, we often had the theater to ourselves.

So, one of my other friends, put the question on Facebook:

Has anyone ever brought dinner into a movie theater? For example:Chinese, Burger King, or Subway.

So I ask you the same question. From her scientific polling,  the majority of people said, no to bringing dinners, but yes to smuggling candy and drinks. Although one person admitted to bringing in chicken wings. Ick, messy. From someone who used to CLEAN a movie theater (yes me), I would NOT like to be picking up chicken bones from the floor or seats!

What do you think? Why do movie theaters charge $8 for a box of candy?  Are you a smuggler?
Brought to you by As Cape Cod Turns at 8:57 PM

I have sneaked it water bottle, chips and candy. I always buy popcorn too. I think I WILL bring in a sandwich next time.. .not sure why I didn't think of it sooner! ;)

I have snuck candy and water into the theater but would never ever bring something in that is smelly or overly messy. The cost of movie snacks at the theater is RIDIC!